The Trump campaign’s legal team has obtained a Dominion Voting Systems machine from Ware County, Georgia which contains evidence of votes for President Donald Trump being flipped to Joe Biden, a report said.

John Fredericks reported for the War Room with Steve Bannon that there were 37 votes that were flipped on the machine from the small Georgia county which represents only .26 percent of all Georgia ballots. When extrapolated to the entire state, it equals more than 14,000 votes. Biden’s lead in Georgia is less than 13,000 votes. 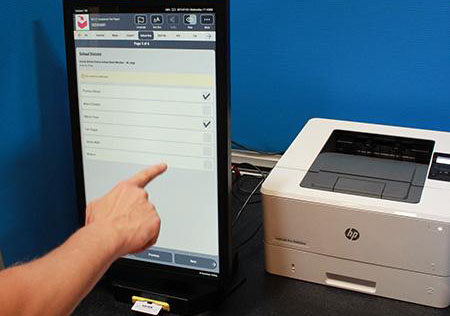 “This news is huge because we now conclusively know that the Dominion voting machines were flipping data,” Gateway Pundit’s Joe Hoft noted. “This supports our reporting on Nov. 10 where we shared that millions of votes were flipped in the election from President Trump to Joe Biden.”

Meanwhile, Georgia Secretary of State Brad Raffensperger failed to disclose that the testing lab hired by Georgia to conduct an audit of Dominion Voting Systems technology used during the 2020 elections had a long-standing relationship with Dominion.

In a Dec. 3 report for The Epoch Times, Jeff Carlson notes that Pro V&V “is the same one that previously certified the Dominion systems and also approved a last-minute system-wide software change just weeks before the election.”

In his Nov. 17 statement announcing the results of the audit, Raffensperger failed to disclose that Pro V&V had a preexisting relationship with Dominion that dated back years, Carlson’s report noted.

Raffensperger also failed to disclose that Dominion had used technical conclusions from Pro V&V in a pre-election Georgia lawsuit that questioned the reliability of Dominion’s systems during a last-minute software fix before the Nov. 3 election. The testing from Pro V&V had been characterized as “superficial” and “cursory testing” by an expert cited in court documents.

In the widely quoted statement, Raffensperger said that the audit of Dominion machines was complete, there was “no sign of foul play,” and that “Pro V&V found no evidence” of tampering with the machines.

Carlson noted: “Raffensperger also included an impressive description of Pro V&V in his statement, but again failed to disclose the firm’s relationship with Dominion, nor did he address the fact that Pro V&V appears to be a very small and private company that operates out of a single office suite.”

According to the Election Assistance Commission (EAC) website, it appears that the federal commission currently has only two accredited testing labs for the entire country: Pro V&V and SLI Compliance. There are seven voting system test laboratories (VSTL) listed on the EAC site, but five of these companies have notations showing their accreditations as expired.

Dominion machines in Georgia’s Fayette County were updated before the election, a state official confirmed during the Georgia Senate Government Oversight Committee meeting about election integrity on Dec. 3.

Ryan Germany, general counsel for the Georgia secretary of state’s (SOS) office, made the confirmation in response to a question from Republican state Sen. Marty Harbin about allegations that Dominion machines in Fayette County had been updated on Nov. 2.

“I understand in one of the precincts that represents in my district, that on the day before the election, there were updates being done to the machines — because of the Senate race with 24 candidates, the machine was having problems in printing,” Harbin, who represents the 16th Georgia State Senate district, asked Germany at the hearing.

Germany confirmed that Dominion machines in the state were updated before Election Day “to handle how that Senate race appeared” after logic and accuracy testing in Georgia resulted in Dominion Voting Systems finding a “one in a million” error.

“In Georgia, we have really robust logic and accuracy testing to make sure that before the election, the machines work like they’re supposed to,” Germany said. “They [Dominion] found something, a one in a million thing that they found.”

Use of Dominion Voting Systems technology by states across the country have come under scrutiny.

Texas officials in January rejected the company’s ballot-counting software because of concerns over whether the system “is suitable for its intended purpose; operates efficiently and accurately; and is safe from fraudulent or unauthorized manipulation.”

In Pennsylvania, Dominion declined to appear before a state legislative hearing when requested.