In a “widely overlooked” recent report, several women who worked as diplomats for the United States described incidences of sexual harassment by powerful men in D.C. 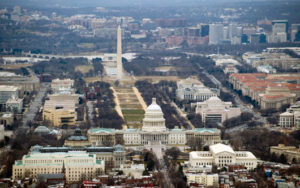 In the August edition of the American Foreign Service Association’s Foreign Service Journal, “Several female ambassadors told of the toxic environments they have worked in,” columnist Paul Bedard wrote for the Washington Examiner on Nov. 27. “Their stories, similar to those out of Hollywood, the media, and Capitol Hill, are now getting a second look.”

Recent reports have noted that lawmakers have paid out millions to settle sexual harassment complaints over the last two decades.

In the Foreign Service Journal, Gina Abercrombie-Winstanley, who served as U.S. ambassador to Malta from 2012 to 2016, described two incidents of harassment.

Without giving details, she said, “There was one occasion in the department when a boss touched me and I told him if he did it again, I’d knock the s— out of him. He did not repeat it, but he did try to get me to curtail from the position.”

“On another occasion, it happened at the National Security Council,” Abercrombie-Winstanley said. “Initially, I parried the advance from a senior member of Congress, but when he continued to call me, I reported to the NSC’s executive secretary that it was happening, and told him that if I had to do violence to repel it, I would. I was letting him know beforehand, I said, because I did not expect to lose my job as a result. After a moment of shocked silence, he said, ‘Thanks for letting me know.’ And the member stopped calling me.”

“My generation was taught to be careful of male egos and power, so I generally did the usual and laughed it off, avoided the person where I could or made excuses to reject the advances,” she said.

The women, Bedard noted, “wrote of a culture of sexism in diplomatic circles. But it extended to other parts of their job.”

Laura Dogu, the U.S. ambassador to Nicaragua, spoke of focusing on female guests at events and even women reporters at press conferences.

“I am frequently the only woman in meetings outside the office with the host country, and when I have control over the guest list, I insist that we include at least 30 percent women, if not more. When dealing with the press, I always make sure to respond to questions from women, despite male reporters often speaking over the top of them,” she said.