Islamic State of Iraq and Levant (ISIL) will be defeated in Iraq and Syria in 2017, but the driving force behind its bloody ideology, the establishment of a Salafi Sunni Islam Kingdom on earth, will not go away, analysts say.

ISIL “is arguably more dangerous and effective than Al Qaida ever was,” James Miller wrote for Radio Free Europe/Radio Liberty (RFE/RL) on Dec. 26. “It is also potentially the next stage of evolution for a radical, violent form of Salafism that has been developing for decades.” 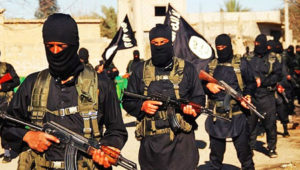 “The first of these pillars is jihad, the method by which the Salafi-jihadists’ millenarian vision is to be realized, upending the existing world order and creating a utopia. Liberal interpreters of Islam would explain jihad as an internal struggle or an overcoming of the self. But to Salafi-jihadists, it is a military matter and an obligation second only to accepting the faith itself, and must continue until the end of time.

“In order to endure, however, revolutions must define an in-group. Jihadists do this through adherence to the pillars of tawhid (the oneness of God) and hakimiyya (God’s sovereignty), which define the limits of belief and the nature of legitimate authority.

“Those who don’t belong to the in-group must be shunned, according to the pillar of al-wala wa-l-bara, based on the concepts of al-wala (devotion to god and his believers) and al-bara (the disavowal of and severance from the disbelievers).

“The final pillar identifies internal corrupters, who must be subject to takfir, or excommunication.”

While the territorial “Islamic State” will likely be gone by the end of 2017, Salafist-Jihadists will no doubt continue their bloody crusade.

Faysal Itani, a resident senior fellow with the Atlantic Council’s Rafik Hariri Center for the Middle East, has written extensively on how the sectarian nature of the military campaign against ISIL has jeopardized the fight against the terror group’s ideology.

“I think we will see Islamic State bottled up as soon as we have an actual ground force component that we are willing to back without compromising other core interests,” he told RFE/RL. “Al Qaida is more pernicious and quieter.”

He added: “As a whole, the Syrian war might teach people that these people were more trouble than they were worth, but the lesson to outsiders may be lost. I don’t know whether [Al Qaida] is growing, but it doesn’t seem to be receding.”