A number of illegal aliens in the U.S. are trekking to Canada to avoid deportation amid President Donald Trump’s crackdown on immigration, a report said. 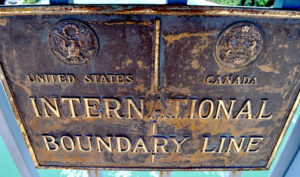 In 2017, as the Trump administration began enacting stricter policies against illegal aliens, Canada processed more than 50,000 asylum claims, The Washington Post reported on Aug. 3. That is more than double the claims made in 2016, the report said, citing Canadian government statistics.

An illegal alien from Eritrea who has two U.S.-born anchor babies told the Post she decided to leave Las Vegas and head to Canada after she was denied asylum.

An illegal alien from Sri Lanka who has been living illegally in the U.S. since 2005 told the Post he fled from Maryland to Canada after he heard that Immigration and Customs Enforcement (ICE) was doing more to stop U.S. businesses from hiring illegal aliens over American citizens.

Since October 2017, the Trump administration has checked employment records at 6,093 worksites, up from 1,716 from October 2016 to the end of September 2017, Breitbart News reported. This effort is directed at fining American companies which hire illegal aliens instead of U.S. citizens.