One in every three California residents supports the state’s withdrawal from the union, according to a new Reuters/Ipsos opinion poll. 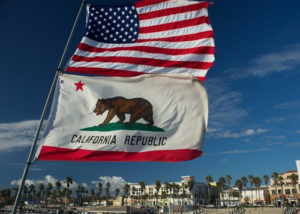 California, the world’s sixth-largest economy and boasting a population of 39 million, went two-to-one in favor of Hillary Clinton in the November election.

The U.S. Constitution lays out procedures for how a new state may enter the union, but there are no protocols for a nation to exit.

Pro-secession groups now aim to gather the 400,000 signatures necessary to put an initiative on the ballot in 2018, when Californians will choose their next governor, for a referendum in 2019.

Should a clear majority declare their support for a Brexit-style departure, the group may follow one of two paths. Both lean on a significant case argued before the U.S. Supreme Court in 1869 — Texas v. White — which touched on a state’s ability to secede.

The Yes California secession movement said there are two options for withdrawal:

The 32 percent support rate in the Reuters/Ipsos poll is sharply higher than the last time the poll asked Californians about secession, in 2014, when one-in-five or 20 percent favored it.

The poll surveyed 500 Californians among more than 14,000 adults nationwide from Dec. 6 to Jan. 19 and has a credibility interval, a measure of accuracy, of one percentage point nationally and five percentage points in California.

California Democratic Party activist Bruce Rubly, who told Reuters/Ipsos pollsters that he “strongly supported” secession, said he thinks it could happen if President Donald Trump and the Republicans who dominate the U.S. Congress impose conservative policies on such issues as the environment, immigration and marijuana legalization.

“There’s a whole series of things that are going to get Californians riled up,” said Rubly. “And if he pushes those buttons in the wrong way, there’s going to be hell to pay.”