President Trump: ‘Big protest in D.C. on January 6th. Be there’

Citing a report by trade adviser Peter Navarro which said it was “statistically impossible” for him to have lost the 2020 election, President Donald Trump is calling on supporters to join in a planned protest in Washington, D.C. on Jan. 6. 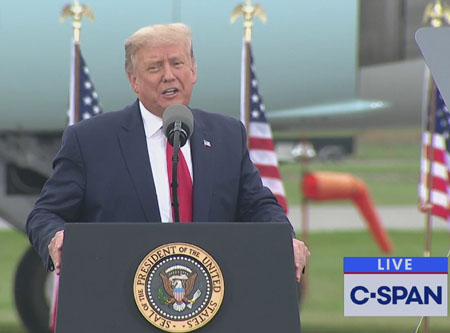 Trump tweeted on Saturday: “Big protest in D.C. on January 6th. Be there, will be wild!”

Trump supporters will gather in the nation’s capitol as members of Congress convene in a joint session on Jan. 6 to count electoral votes. “Stop the Steal” organizers have said they’ll hold an event.

In another tweet, Trump said Joe Biden didn’t win the election: “He lost all 6 Swing States, by a lot. They then dumped hundreds of thousands of votes in each one, and got caught. Now Republican politicians have to fight so that their great victory is not stolen. Don’t be weak fools!”

Navarro’s report alleged the election “may well have been stolen” from Trump.

“If these election irregularities are not fully investigated prior to Inauguration Day and thereby effectively allowed to stand, this nation runs the very real risk of never being able to have a fair presidential election again,” Navarro said.

Binney added a link to the number of registered voters in each state.

One Twitter user responded to Binney: “This is what I posted on 12/4. Different #’s same idea “81 mil for sleepy, 74 mil for
@realDonaldTrump. That’s 155 mil votes in a country of 330 mil people. Do the math! Your telling me 47%, nearly 1/2 population voted? That would mean every registered voter voted?”

The following photo collage was added to the tweet: 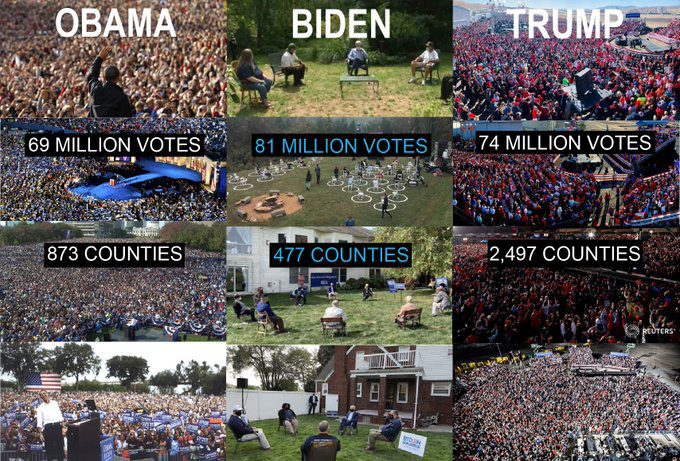