Since the onset of the pandemic, Sonoma County in California has recorded zero pediatric Covid deaths.

At least one child, however, has died as a result of the Covid vaccine in Sonoma County, police say. 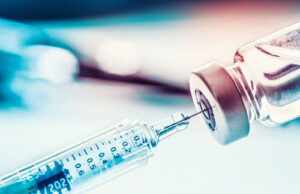 The Sonoma County Sheriff’s Office is blaming Pfizer’s experimental mRNA jab for causing the sudden death of a Santa Rosa teen. The sheriff’s office report shows a determination was made by a medical examiner that the 15–year-old, who was found dead in his bedroom two days after his second jab, suffered “stress cardiomyopathy” and “coronary artery inflammation.”

Meanwhile, a woman in her late 30s from King County, Washington died from a rare blood-clotting syndrome after receiving the Johnson & Johnson vaccine, according to a statement by Public Health – Seattle & King County.

The woman, whose identity was not disclosed, received her vaccination on Aug. 6. After 11 days of getting the J&J jab, she died on Sept. 7 with thrombosis with thrombocytopenia syndrome (TTS).

The CDC verified that the woman died from the vaccine and confirmed the diagnosis.

A 20-year-old woman in Slovenia suffered the same fate and died two weeks after taking the J&J shot, a report said.

Aljazeera reported: “Slovenia has suspended vaccinations with the Johnson & Johnson coronavirus jab while it probes the death of a 20-year-old woman, as thousands gathered to protest against vaccination in the small European Union nation. The suspension will be in place until experts examine whether there is a link between the woman’s death from a stroke and the vaccine she received two weeks earlier, Health Minister Janez Poklukar said.”

Johnson & Johnson has submitted an application to the FDA for emergency use authorization of a booster shot in people aged 18 and older and is planning to submit data to the WHO and other health agencies.

Washington Times reporter Valerie Richardson noted on Oct. 5 that a group of black athletes and activists are speaking out against Democrats’ push for vaccine mandates.

“I think you have to honor people’s feelings and their own personal beliefs, and I think that’s been lost when it comes to vaccinated and unvaccinated,” Green said Friday at a press conference. “You say we live in the land of the free. Well, you’re not giving anyone freedom because you’re making people do something, essentially.”

Since then, Wiggins has been vaccinated. He confirmed Monday that he had received the one-dose Johnson & Johnson shot, although he said he felt “forced” to comply.

The NBA reportedly plans to dock the pay of players who miss games because of vaccine status. Wiggins’ team is based in Democratic-dominated San Francisco, which has some of the toughest mandates in the nation. Chase Center arena, home of the Warriors, requires vaccinations for those 12 and older.

“The only options were to get vaccinated or not play in the NBA,” Wiggins said on ESPN. “It was a tough decision. Hopefully, it works out in the long run and in 10 years I’m still healthy.”

Two weeks ago, Black Lives Matter Greater New York, led by Hawk Newsome, held a protest after a brawl between black customers and the hostess at Carmine’s Italian restaurant involving proof of vaccination.

Newsome’s group has called for abolishing the city’s vaccine requirements, arguing that the mandates affect black residents disproportionately and says the rules are racist.

NYC Health’s latest figures show that 40 percent of the city’s black residents are fully vaccinated, compared with 54 percent of Hispanics, 50 percent of whites and 77 percent of Asian Americans.

Richardson noted: “In a rare show of political camaraderie, the left-wing Newsome and conservative pundit Candace Owens, who are both black, unloaded on the mandates last week during her Daily Wire show on YouTube.”

Newsome said he is unvaccinated, as is Owens, but he stressed in a video posted online that “I’m not telling you not to get it. I’m just saying you should have a choice.”

Owens said that “I’ve been beating the drum about these vaccine mandates and about how unconstitutional they are, but also just reminiscent of atrocities that have happened in the past.”

Here’s some video from the frontlines of the fight against the Covid nazis:

99% of town halls in #Vegas are filled with people against masks, mandates, & forced vaccinations.

Every week they parade the strip by the thousands while biased local #news ignores them. This time they brought a drum line and marched down the street & through shops#protests pic.twitter.com/WSfIT1XOP7

And, then, there’s this:

Christian Walker, the son of Georgia Senate candidate Herschel Walker, is a student at UCLA and is currently taking all of his classes online at home. And, yet, UCLA is requiring Walker to get the Covid vaccine though he never sets foot on campus.

All of my classes are online. I don’t step on to campus. I’ve already paid. We’re a week into classes. My university just called to tell me they are dropping my classes if I don’t report to them about my vaccination.

HOW IS THIS ABOUT HEALTH WHEN IM IN SCHOOL AT HOME? pic.twitter.com/gxVnbLGGVR