Patriots breached the U.S. Capitol on Wednesday after Vice President Mike Pence released a statement ahead of Wednesday’s joint session of Congress saying he would not block the certification of Joe Biden’s Electoral College votes. 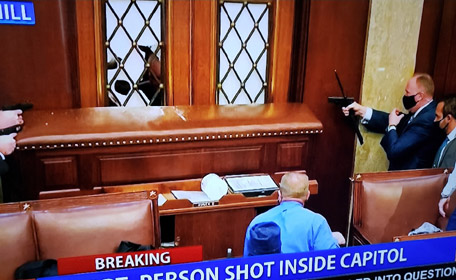 Many demonstrators had just attended a ‘Save America’ rally at which President Donald Trump spoke and encouraged a march to the Capitol.

Windows were broken and one woman was shot by police. Details were not available Wednesday afternoon as to the circumstances of the shooting or the identity of the individuals responsible for the violence.

Reporter Erik Wasson tweeted that Capitol Police drew their guns on demonstrators who reportedly broke a glass door at the House chamber.

Reports say that lawmakers in the building were told to “get under chairs” in case demonstrators who were inside the Capitol Building breached the chamber.

The Capitol was being evacuated and CNN reported that tear gas had been used inside the building and lawmakers were holding gas masks.

The breach put a halt to the Electoral College vote as Sen. James Lankford announced that “protestors are in the building.”

President Donald Trump called for peace, tweeting: “I am asking for everyone at the U.S. Capitol to remain peaceful. No violence! Remember, WE are the Party of Law & Order – respect the Law and our great men and women in Blue. Thank you!” and ….

“Please support our Capitol Police and Law Enforcement. They are truly on the side of our Country. Stay peaceful!”

A Washington Post reporter tweeted that a source said the Defense Department denied a request by Washington, D.C. officials to deploy the National Guard to the U.S. Capitol. 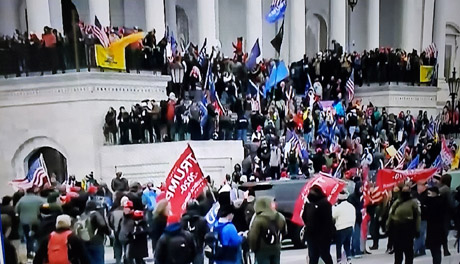 Blaze TV reporter Elijah Schaffer tweeted a photo from inside Nancy Pelosi’s office where emails were left open on the computer screen as staff rushed to flee.

Schaffer wrote: “I am inside Nancy Pelosi’s office with the thousands of revolutionaries who have stormed the building.”

Pence rebuffed Trump’s insistence that the vice president had the authority to “reject fraudulently chosen electors.”

“It is my considered judgement that my oath to support and defend the Constitution constrains me from claiming unilateral authority to determine which electoral votes should be counted and which should not,” Pence said in the statement.

Minutes after Pence declared that he would not block certification of Electoral College votes, Trump blasted him.

The president tweeted: “Mike Pence didn’t have the courage to do what should have been done to protect our Country and our Constitution, giving States a chance to certify a corrected set of facts, not the fraudulent or inaccurate ones which they were asked to previously certify. USA demands the truth!” 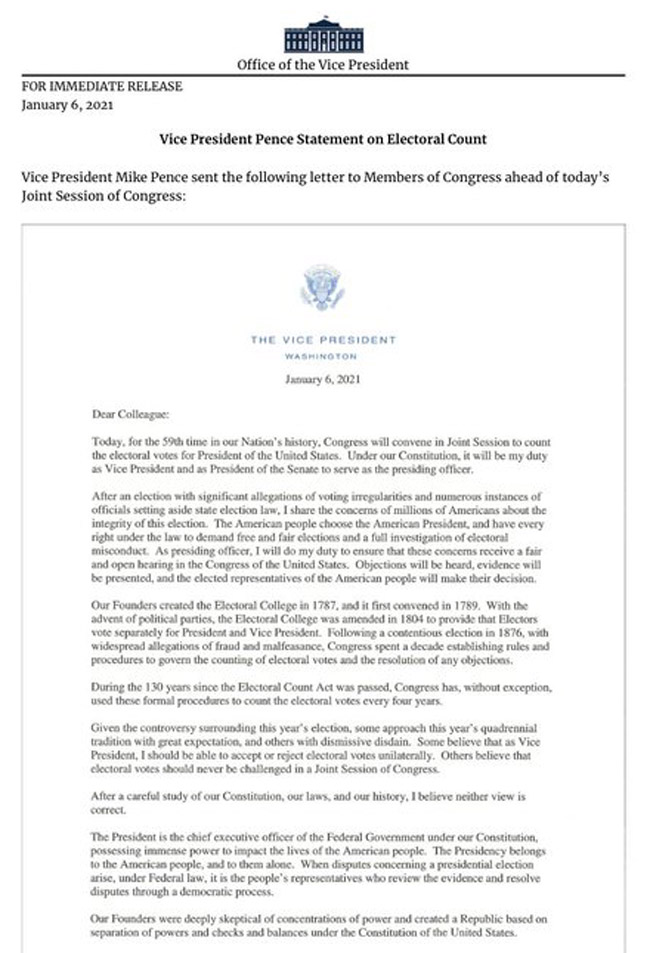 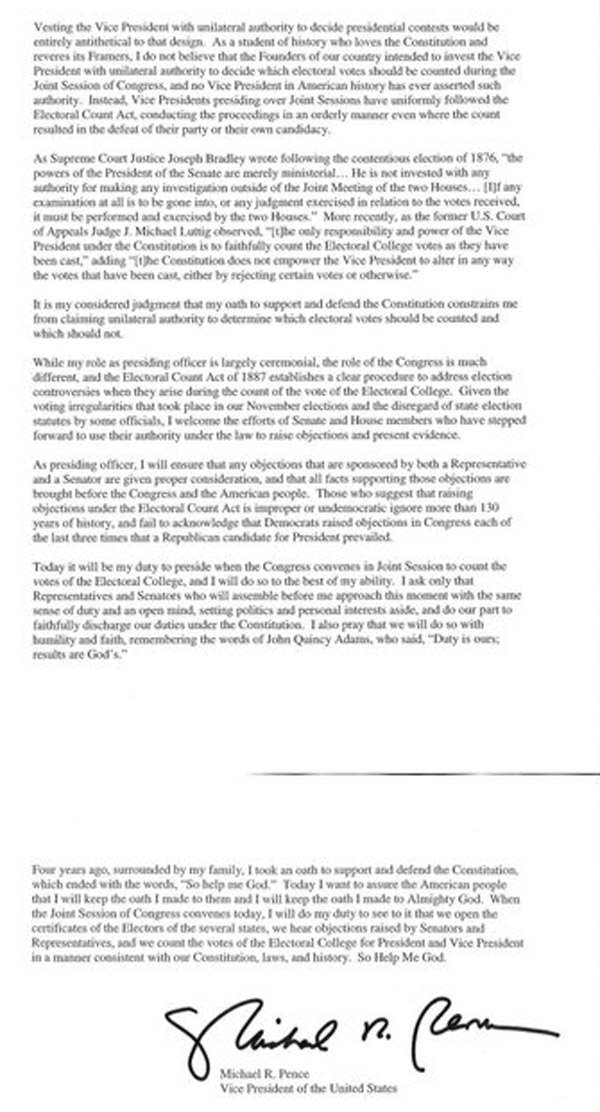