Rep. Devin Nunes said he is reviewing “legal remedies” against Twitter for what he said is the social media platform’s practice of “censoring” conservatives.

“For several months, people have been contacting me saying that, ‘Hey I tried to find you on Twitter, I couldn’t find your account. Why is that?’ ” Nunes said on the July 29 broadcast of “Sunday Morning Futures” on Fox News. 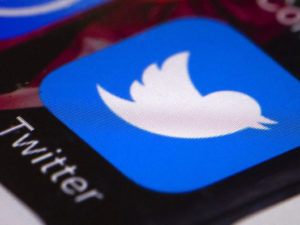 Nunes, California Republican, said that the affected Twitter accounts included his own, as well as those of Republican Reps. Matt Gaetz of Florida, Mark Meadows of North Carolina and Jim Jordan of Ohio. Gaetz, Meadows and Jordan are all members of the House Freedom Caucus.

“I don’t know what Twitter is up to,” Nunes said. “It sure looks to me like they are censoring people and they ought to stop it, and we’re looking at any legal remedies we can go through.”

President Donald Trump tweeted on July 26: “Twitter “SHADOW BANNING” prominent Republicans. Not good. We will look into this discriminatory and illegal practice at once! Many complaints.”

Gaetz, a top House ally of Trump, last week filed a Federal Election Commission (FEC) complaint against Twitter after screenshots emerged showing his account would not auto-complete in search results.

A spokesperson for Gaetz said:

“It is curious that these allegations would arise the week following Congressman Gaetz’s heated exchange with Twitter senior executives before the House Judiciary Committee. Congressman Gaetz continues to believe that interactive computer services, such as Twitter, should not discriminate against content while simultaneously asserting that they are a non-biased public forum under federal law.”

Gaetz told the Daily Caller: “The evidence is piling up that I am being treated differently on Twitter than people on the political Left and I don’t like that because I enjoy the Twitter platform, I enjoy the engagement, I enjoy the candor. I would think that having won my election with 69 percent of the vote to serve in the Congress that the marketplace of ideas could accommodate my views.”

The Florida Republican told Fox News host Tucker Carlson: “I’m certain there were only four members of Congress who had their voices suppressed on Twitter: Matt Gaetz, Jim Jordan Mark Meadows, and Devin Nunes. My suspicion is if people were effetely communicating a conservative message, they got caught in Twitter’s troll trap.”

Gaetz added that the FEC can “absolutely then institute fines, just like they can institute fines and punish against any company that illegally makes a corporate donation to a political campaign.”

A representative for Twitter told Breitbart News that “As we have said before, we do not shadow ban. We are aware that some accounts are not automatically populating in our search box, and [are] shipping a change to address this. The profiles, Tweets and discussions about these accounts do appear when you search for them.”