Parents are outraged that a North Carolina school district which faces a nearly $6 million budget shortfall is paying for so-called “equity training” for school staff which includes topics such as “structural racism” and “white privilege.”

Rockingham County Schools is paying OpenSource Strategic Consulting a flat fee of $45,000 and will reimburse up to $1,500 for travel expenses over the course of the training, according to a June 20 report by A.P. Dillon of American Lens. 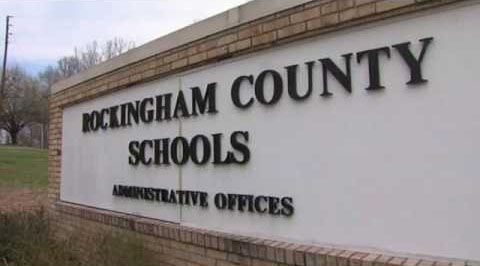 Rockingham County commissioners recently cut the county’s education allotment by $269,000. The district faces around a $5.7 million shortfall, the report said.

The Rockingham School Board during its March 13 meeting viewed a presentation on the “equity training” by Dr. Cindy Corcoran.

Corcoran, who said the training sessions actually began in November 2016, said the initial sessions dealt with understanding “equity versus equality” and the “structural nature of racism.”

Allegations involving a teacher forcing students to apologize for their “white privilege” surfaced at the May 8 school board meeting, Dillon’s report noted.

“I just want to share light on a situation that happened at Western Rockingham Middle School where a teacher caused some of her students to stand up and apologize to other students based on their inequal opportunities of education,” Farren Wilkinson told the board. “So I would like to know how our schools can allow an educator to humiliate, bully and degrade students. This is not a matter of race but a matter of a teacher using fear and the embarrassment of children to satisfy her own personal anger or beliefs.”

“Any allegations brought to our attention are investigated thoroughly and proper disciplinary action is taken if needed,” Wray told American Lens. “I can not speak regarding specific individuals due to personnel law, however the particular incident you asked about was unfounded to happen at our school.”

Also at the May meeting of the school board, Rockingham County GOP Chairwoman Diane Parnell noted that teachers were mandated to take the training and that videos included in the training were “against their Christian principles.”

“When you can mention evilism, racism and heterosexualism in the same sentence – that you must get rid of these – something is wrong,” Parnell said.

Others who spoke at the school board meeting said the “equity training” only serves to create a bias that might not have been there in the first place and was creating a hostile environment for teachers and students alike, Dillon’s report said.

On its website, Durham-based OpenSource says its purpose is consulting that “addresses the leadership and organization development needs of nonprofits and other social change agents across the nation and globe.”

OpenSource notes one if its primary clients/partners is the Z. Smith Reynolds Foundation, which is a top funding source for progressive and leftist organizations in North Carolina.

Z. Smith Reynolds also is the main source of funding for Blueprint NC, which several years ago penned an “attack memo” calling for the “crippling and eviscerating” of all Republican elected officials.

View comments from the May 8 Rockingham School Board meeting here.