The Ethnic Studies Model Curriculum was approved last month by the California State Board of Education. Adoption of the curriculum by schools is voluntary. 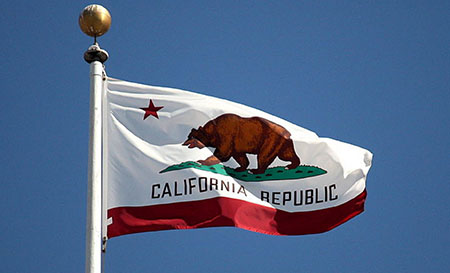 Critics say the curriculum includes content that calls out capitalism as a form of oppression, and highlights movements for study that were started and run by socialists and Marxists, such as the Third World Liberation Front and the Black Lives Matter movement.

“Perhaps the most astounding part of the curriculum is the section that deals with religion,” Cameron Hilditch wrote for National Review.

“Students are to be taught that white Christian settlers committed ‘theocide’ against indigenous tribes when they arrived in the New World by murdering Native American gods and replacing them with the Christian God. According to the curriculum, this replacement ushered in a regime defined by ‘coloniality, dehumanization, and genocide,’ and the ‘explicit erasure and replacement of holistic Indigeneity and humanity.’ But all is not lost, we are told. For students will learn that they have the power and the responsibility to build a social order defined by ‘countergenocide,’ which will eventually supplant the last vestiges of colonial Christianity and pave the way for the ‘regeneration of indigenous epistemic and cultural futurity.’ ”

The curriculum includes an official “ethnic studies community chant.” Teachers are instructed to lead their students in the performance of the chant.

Students first clap and chant to the god Tezkatlipoka—whom the Aztecs traditionally worshipped with human sacrifice and cannibalism—asking him for the power to be “warriors” for “social justice.” Next, the students chant to the gods Quetzalcoatl, Huitzilopochtli, and Xipe Totek, seeking “healing epistemologies” and “a revolutionary spirit.” Huitzilopochtli, in particular, is the Aztec deity of war and inspired hundreds of thousands of human sacrifices during Aztec rule. Finally, the chant comes to a climax with a request for “liberation, transformation, [and] decolonization,” after which students shout “Panche beh! Panche beh!” in pursuit of ultimate “critical consciousness.”

The final, revised version of the curriculum was submitted for approval after Jewish groups said the curriculum contained anti-Semitic and anti-Israel content.

The latest revised draft of the curriculum recommends a focus on “African American Studies, Chicana/o/x and Latina/o/x Studies, Asian American and Pacific Islander Studies, and Native American and Indigenous Studies.”

“The use of these four groups as an umbrella for a myriad of ethnically and culturally diverse representations was replicated when courses in ethnic studies were developed at the high school level,” said the California Department of Education. “It is important to note that there are groups that are sometimes addressed under the broadly defined umbrella of those core groups. For example, Arab Americans and Pacific Islanders have often been covered within the study of Asian American Studies.”

That such a curriculum could even be considered for approval “is evidence of just how completely conservatives and liberals alike have abandoned the field of education to radical progressives over the last century,” Hilditch noted.

“There are few, if any, institutions in American life that can meet radical educational theorists and mandarins on their own territory and win long-term legislative battles. What is needed is a kind of Federalist Society for education, to which right-thinking parents, teachers, administrators, and academics can belong, and through which they can organize for change,” Hilditch wrote.

Hilditch concluded: “The political energy and enthusiasm today is with an ascendant cultural Left that has few qualms with capital as long as capital is woke. This is why school choice won’t be a panacea to the kind of craziness on display in this curriculum. Expensive private schools are increasingly anxious to genuflect toward precisely the same ideological agenda as the one being pushed in California.”