North Korea is threatening to withdraw its contingent from the 2018 Winter Olympics after South Korea lauded U.S. President Donald Trump for his role in bringing about last week’s talks between the North and South. 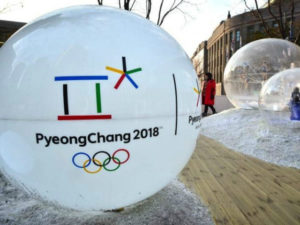 South Korean President Moon Jae-In on Jan. 10 said Trump deserved “big credit for bringing about the inter-Korean talks,” adding that the ongoing dialogue between Seoul and Pyongyang “could be a resulting work of the U.S.-led sanctions and pressure.”

North Korea’s state-run Korean Central News Agency (KCNA) said in a report on its website on Jan. 14 that “They should know that train and bus carrying our delegation to the Olympics are still in Pyongyang … The South Korean authorities had better ponder over what unfavorable results may be entailed by their impolite behavior.”

Moon’s attitude “casts doubt as to his intent to improve the North-South ties and build confidence,” the KCNA report said. It also called Moon’s government “a group of pro-U.S. traitors who are only keen on currying favor with their master and keeping their power even at the sacrifice of the Winter Olympics.”

After last week’s talks, North Korea said it would send a delegation of officials and athletes to the Olympics, which South Korea will host at PyeongChang from Feb. 9-25.