Momentum building for forensic audits in all 50 states

An open letter calling for forensic audits of the 2020 election in all 50 states has been signed by 150 state legislators from 38 states. 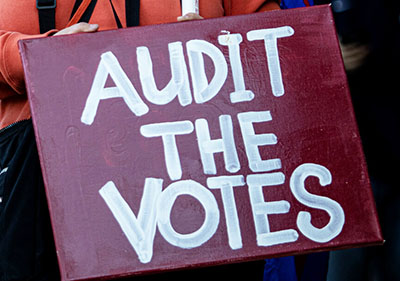 “In addition to Arizona, sworn affidavits have accumulated from many states detailing rampant corruption and mismanagement in the election process. Fraud and inaccuracies have already been shown through multiple audits and canvasses in multiple states, as well as through lawsuits challenging the validity of election results in several counties in multiple states.

“We have come to the conclusion that all 50 states need to be forensically audited. Voter rolls should be scrubbed with a canvass of the voters to ensure future integrity of our elections. …

“We call on each state to decertify its electors where it has been shown the elections were certified prematurely and inaccurately.”

Rogers said that, in the Maricopa County audit, there were “too many discrepancies to declare an outright winner of Arizona’s electoral votes.”

“Thank you all for helping our movement get more people on board with this letter!” Rogers said in a statement. “Please read the letter, see who is on, and who is not on. Those who are not on, please ask them to sign. If they don’t sign, start working on primarying them.”

Former President Donald Trump mentioned the letter during a “Save America” rally in Perry, Georgia last month. Since then, the number of legislators who have signed it more than doubled. 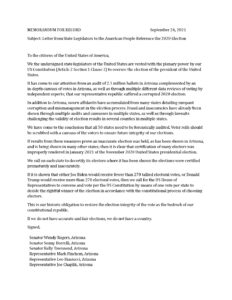 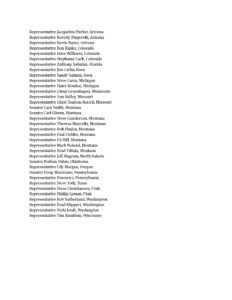