Metaverse: Facebook’s would-be escape from a destructive reality it created

On Oct. 28, the (in-)famous thumbs-up logo on the sign at 1 Hacker Way was replaced with a new infinity symbol, signifying the completion of Facebook’s rebranding to “Meta Inc.”

“We just announced that we’re making a fundamental change to our company,” CEO Mark Zuckerberg wrote in an open letter published the same day. “We’re now looking at and reporting on our business as two different segments: one for our family of apps and one for our work on future platforms. Our work on the metaverse is not just one of these segments. The metaverse encompasses both the social experiences and future technology…. To reflect who we are and the future we hope to build, I’m proud to share that our company is now Meta.” 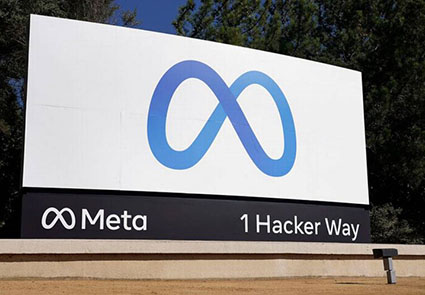 The Metaverse, as Zuckerberg explains, is the melding of virtual and physical spaces facilitated by advanced technology, such as Augmented Reality (AR), Virtual Reality (VR) and the Internet of Things (IoT). In Zuckerberg’s vision, our understanding of interaction will be revolutionized; where friends choose to meet in completely virtual spaces rather than in person, museums debut exhibits through VR headsets and televisions are replaced with AR analogues.

These concepts are not exactly new, especially among younger generations which routinely interact through online communities. Games such as Second Life have allowed users to meet, create, buy and sell in virtual spaces since 2003.

The age of lockdowns and global pandemic has accelerated the joining of realities, with children’s games such as Fortnite and Robolox at the forefront of this trend. In the last year, both games have had high-profile artists such as Travis Scott, Ariana Grande and Lil Nas X perform live concerts in their virtual spaces, with attendance in the tens of millions.

But where does Facebook fit in all of this, and what are the company’s motivations?

Facebook has been embroiled in countless scandals over the last six years. Last September, a whistleblower shared numerous internal documents with questionable actions on Facebook’s part: compliance towards censorship demands from the Vietnamese government, failure to stop foreign government influence over elections and knowledge of the mental harm its products brings to younger people. Amidst this and other scandals, Facebook has been accused of facilitating genocide in Myanmar and pandering to (but failing to appease) China.

In the wake of the leaks and past scandals, Facebook’s rebranding feels closer to a desperate but calculated play to distance itself from the incalculable harm associated with its brand, rather than the vague science fiction it’s trying to project. Indeed, a recent study found that the rebranding has lowered the perception of the company’s trustworthiness to an all-time low.

The rebranding also reveals some of Facebook’s own insecurities and vulnerabilities. Facebook’s main products are services: Facebook.com, Instagram, WhatsApp and Oculus VR all depend on a platform (your iOS/Android phone, Windows computer, etc.) to operate. This fact was made painfully apparent to Facebook last year with iOS’s version 14 release. This release included a “do not track” feature which allowed users to stop apps from tracking activity across the device. To nobody’s surprise, Facebook was the most vocal opponent of this change and unwittingly confirmed the open secret that its core business model is aggressively violating user’s privacy. A year after the update, Facebook admitted that this change severely impacted its ad business.

Facebook is answering this existential threat with Meta. It hopes to become the platform.

Richard N. Madden is a researcher in the fields of Cryptography and digital hardware design. He holds a Master’s degree in Computer Engineering with particular interest in security, data privacy and digital rights.

Metaverse: Facebook’s would-be escape from a destructive reality it created added by Editor One on December 9, 2021
View all posts by Editor One →