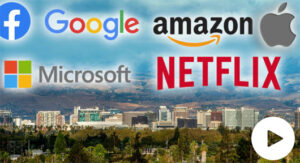 Twitter, followed by Facebook later in the day, disabled the account of President Donald Trump after deleting recent posts made by the president, including a video of him calling on protesters who had gathered on Wednesday at the U.S. Capitol building in Washington to go home in peace.

[The president was also unable to post his statement following the early morning certification of the Electoral College vote by the U.S. Congress.] [In his speeches of Jan. 4 in Dalton, Georgia and yesterday to the ‘Save America’ rally in Washington, DC, the president noted after 5 years of his tweets driving the corporate media crazy, they have now consigned him to oblivion. “Suppression, that’s what happens in communist countries,” he warned.]

“As a result of the unprecedented and ongoing violent situation in Washington, D.C., we have required the removal of three @realDonaldTrump Tweets that were posted earlier today for repeated and severe violations of our Civic Integrity policy,” a Twitter announcement reads.

Facebook and the Facebook-owned Instagram later followed suit in temporarily locking Trump out of his accounts. Facebook, Twitter, and Youtube have all removed a video of the president calling on protesters to go home. “You have to go home now. We have to have peace. We have to have law and order, we have to respect our great people in law and order,” Trump said in the deleted video.

Following is one of several social media posts that have circulated since the Nov. 3, 2020 election that paid tribute to President Donald Trump’s lone major media voice:

2021, Jan. 6, Media takeover: The silencing of the U.S. president, WorldTribune.com