Limbaugh: The people who have the money to fight Left’s media giants ‘don’t care’

If the U.S. is split about 50-50 between liberals and conservatives, why are the overwhelming majority of major TV news outlets liberal?

Conservative radio host Rush Limbaugh said the money to take on ABC, CBS, NBC, etc. may be out there, but getting wealthy conservatives to take the risk is another story. 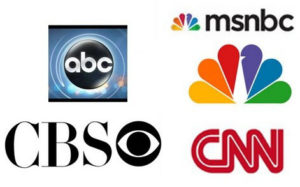 “Of the wealthy people that I’ve met who have the money to do this, they think it’s a losing proposition business-wise. And they don’t care,” Limbaugh said on his April 9 radio broadcast.

“They’re not the ideological conservatives that you and I are to the extent that they want to lose money doing it.”

Second, Limbaugh said, “and this is really what it boils down to. The wealthy people that I know – and it’s not that many, believe me – who have the money to do this are not ideological conservatives like you and I are. Rupert Murdoch is not. He’s more conservative than anybody else, but Rupert Murdoch, he doesn’t have a problem with the current immigration system. Not like you and I do. He has objections to it, but he’s not gonna be in the fight to build a wall or any of that.”

Limbaugh continued: “And I don’t know any of them who want to own a news network to take on the Drive-By Media. I just don’t know anybody who wants to do it, anybody who has the money. Remember – and this is kind of a sobering thing, but most people in the Republican Party, in elected Republican politics, do not think that we are a country in crisis.”

“Why haven’t some of these big bucks gazillionaires that you’re talking about come to me and say, ‘Hey, let’s start a TV network?’ It hasn’t happened. Maybe ’cause they know I don’t want to do TV. I’ve made no bones about that. But my point is it’s not as simple as having some rich guys form a network to do battle because you’re not doing battle with CNN. You’re doing battle with Time Warner. You’re not doing battle with ABC. You’re battling Mickey freaking Mouse and Disney. And last I looked, they owned the world and still climbing.”