The owner of a chain of women’s clothing stores in Jeruslaem has been indicted with smuggling money from Hamas to families of terrorists in Israel. 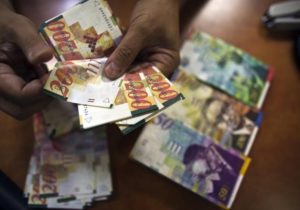 Prosecutors have charged Saif Al-Din Abed Al-Nabi, 39, a resident of Jerusalem, with smuggling and contacting a foreign agent, according to a report by Artuz Sheva.

Al-Nabi owns a chain of women’s clothing stores with branches in Jerusalem and Istanbul. He is said to have transferred some $25,000 worth of cash, “hidden on his person, in cell phones, or in clothing bags, to families of terrorists inside Israel. The money was handed over in public locations,” Arutz Sheva reported.

Al-Nabi is accused of smuggling money from Hamas which was given to him by Zachria Najib, who was freed as part of the exchange deal in which Hamas released Israeli soldier Gilad Shalit. Najib currently resides in Turkey.

According to the indictment, Najib “approached Al-Nabi eight months ago, and asked him to be a courier for Hamas funds from Turkey to terror families. The two had had previous friendly contact.”