How coronavirus ranks on the worldwide death toll

“We accept 50,000 traffic deaths a year. We accept cancer deaths. We accept suicides. We accept ’em,” radio host Rush Limbaugh noted in his April 1 broadcast. But, “we haven’t accepted” coronavirus, “we have accommodated.” 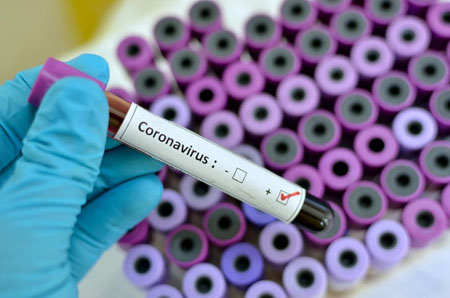 Limbaugh cited worldometers.info (or world-o-meters.info) stats showing the number of worldwide deaths between Jan. 1 and March 25 attributed to a wide range of issues:

Limbaugh continued: “Throw the abortion numbers out. I’m not trying to be provocative here. I mean, you can’t. But throw ’em out, you still have some really shocking numbers. Because we don’t talk about it. We got suicide hotlines. We try to teach people to drive safely. We do whatever we do with HIV/AIDS. We tell people to drink responsibly, tell people not to smoke, try to devise cancer treatments, we try to feed people.”

The radio host noted he was “one of the early, shall we say, leaders in informing people of the Swine flu back in 2009 and 2010. Those numbers are astounding. There were 80,000 deaths, 300,000 infections, and there’s some millions in here too. The Swine flu was devastating. It dwarfs what’s happening here. And we didn’t shut down anything. In fact, Obama was credited for brilliantly handling the crisis. And it was used, Swine flu numbers were used to tout and promote Obamacare.”

Limbaugh said the reaction to the numbers he cited was “Rush, you can’t compare the flu to this. This isn’t the flu. A, it’s worse than the flu. The flu, we’ve got vaccines — and because we’ve got vaccines, the country has become accustomed and accepting of the annual number of deaths from it because we’ve got prevention methods. We’ve got flu shots. We’ve handled the mutations of the flu. But when it comes to coronavirus, we have not one thing to defend ourselves against it.’ ”

Limbaugh concluded: “We don’t stop. We don’t shut down the country every time somebody commits suicide. We don’t stop the country when somebody gets the flu or gets hospitalized with or dies from it. And it’s because we’ve just accepted it. It’s a part of life, and there are prevention methods, and there are things you can do to help people not succumb to those things. With this, there’s nothing yet, and so that’s the big — shall we say — difference or equalizer.”

COVID-19, How coronavirus ranks on the worldwide death toll, WorldTribune.com