Two more teen boys have died after receiving the Covid vaccination, reports say. Meanwhile a fully-vaccinated ICU doctor in California has written a detailed report to the FDA and CDC on Covid vaccine injuries and deaths of patients under her care.

In California, the mother of a 16-year-old boy reported to the VAERS system that he died while participating in a math class on Zoom in April. The mother said her son died 24 days after taking his second Pfizer dose. The VAERS data on the boy’s death was released on Oct. 1. 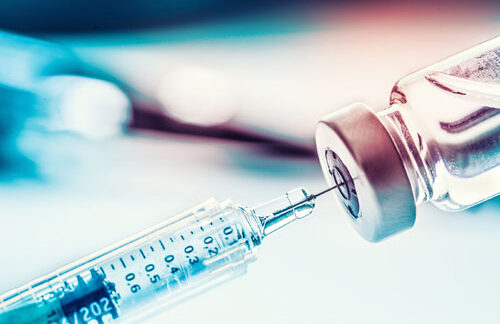 The boy was healthy with no pre-existing conditions and had no allergies. He “had no previous symptoms” on the day he died, the mother said. “I was with him one hour before and my assistant saw him 20 minutes prior and he did not show any irregularities.”

The mother added: “My son died, while taking his math class on Zoom. We are waiting for the autopsy because the doctors did not find anything. He was a healthy boy, he had a good academic index, he wanted to be a civil engineer. He was the best thing in my life.”

Hartman, a hockey player, had received the vaccination in order to play in an arena that required proof of vaccination to enter, reports say.

Hartman immediately suffered multiple health problems after receiving the jab. According to his GoFundMe page, Hartman unexpectedly passed away at home on Sept. 27. Some on social media reported that Hartman had a heart attack.

“Sean was born on January 31st 2004, and since then there was nothing that Sean was more passionate about than sports, especially hockey as he played his entire life,” reads his GoFundMe page. “He started his hockey career playing for the Beeton Stingers and went on to play for TNT in Alliston. Whether watch or play, Sean just loved the game.”

Dr. Patricia Lee, an ICU doctor based in California, has issued a letter to the FDA and CDC claiming she has observed more vaccine injuries from the Covid vaccines than she has in the last 20 years working as a doctor, National File reported on Oct. 13.

In the letter, Dr. Lee points out that while she is “fully vaccinated for Covid-19,” her “personal experience this year treating patients in a busy ICU does not comport with claims made by federal health authorities regarding the safety of Covid-19 vaccines.”

Dr. Lee noted that “approximately half of the patients detailed” in her letter have since died. “Those who survived are struggling with long-term sequelae and a diminished quality of life,” she wrote.

“It appears statistically improbable that any one physician should witness this many Covid-19 vaccine injuries if the federal health authority claims regarding Covid-19 safety were accurate.”

According to a “Notice of Adverse Events after Covid-19 Vaccination” issued by Taiwan’s health department, on March 22 this year, Taiwan began vaccination. From that day to Oct. 6, the death toll after vaccination in Taiwan has reached 849. The number of confirmed deaths due to Covid-19 in Taiwan as of Oct. 6 was 844.