A pair of North Carolina university chancellors who opted not to vote to punish the state over the House Bill 2 “bathroom bill” were let off the hook by the gay lobby, a report said.

National and state LGBT pressure groups have not spoken out against Carol Folt of UNC-Chapel Hill and Randy Woodson of NC State, neither of whom voted for a September 2016 decision by the Atlantic Coast Conference’s Council of Presidents to boycott North Carolina over HB2. 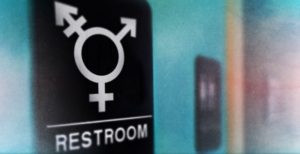 It was surprising because the “pro-LGBTQ groups typically operate from a mob mentality,” said Rev. Mark Creech, executive director of the Christian Action League of North Carolina. “There is no strength in their arguments. So they rely on loud noises and outcries in packs, herds, and rabbles.”

Washington-based Human Rights Campaign and Raleigh-based Equality NC “have not been reluctant to shame individuals and organizations when they fail to support their political tactics in pursuit of their open bathrooms agenda,” Liberty Headlines reported on April 27.

When the NBA removed its All-Star Game from Charlotte this year, and the NCAA removed its sports championships from North Carolina, both earned praise from the LGBT groups.

The groups did not hesitate, however, to blast both the NBA and NCAA after the NBA reinstated the state’s eligibility to host the All-Star Game in 2019, and the NCAA said its tournaments could again return to the state next year, the Liberty Headlines report said.

“Human Rights Campaign (HRC) and Equality NC condemned the NCAA’s decision to reward North Carolina with championship games despite discrimination against LGBTQ people that remains enshrined in state law…,” the groups announced after HB2 was repealed and replaced with another law they equally opposed, because it still does not allow a wide-open public restroom choice policy.

So why were Folt and Woodson spared?

One supporter of the original HB2 has a theory about why the LGBT pressure groups have been quiet about the chancellors:

“It’s no secret that LGBT activist groups have a double standard when it comes to university presidents who generally carry out their agenda,” said Tami Fitzgerald, director of the NC Values Coalition. “Apparently, however, Chancellors Folt and Woodson refused to carry the water for the LGBT movement when it came to causing economic damage to their own state and their employer, the people of the State of North Carolina.

“We applaud both chancellors for refusing to vote for the ACC’s economic boycott of North Carolina,” Fitzgerald added, “because such tactics demonstrate the lengths to which LGBT groups will go to carry out their agenda to silence and punish those who don’t agree with them.”