The FBI on Jan. 29 reported that it ended its investigation into the Oct. 1, 2017 Las Vegas massacre and, after 16 months of investigating, could not determine a motive for the attack which left 58 people dead and hundreds wounded.

FBI special agent in charge Aaron Rouse said, “It wasn’t about MGM, Mandalay Bay or a specific casino or venue. It was all about doing the maximum amount of damage and him obtaining some form of infamy.” 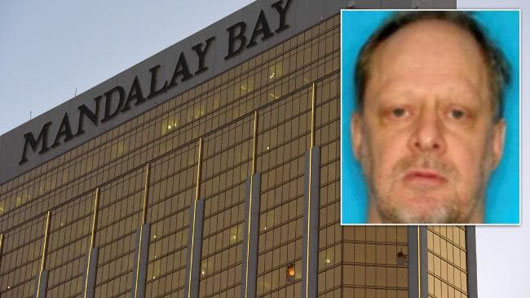 But no specific motive was given for the massacre carried out by Stephen Paddock from his room in the Mandalay Bay hotel.

Paddock was not directed or inspired by any group and was not seeking to further any agenda, according to a report compiled by the FBI’s Behavioral Analysis Unit (BAU). He did not leave a manifesto or suicide note, and federal agents believe he had planned to fatally shoot himself after the attack, according to the report.

Paddock’s physical and mental health was declining, the 64-year-old’s wealth had diminished, and he struggled with aging, the report said.

The BAU’s report also said that Paddock was inspired in part by his father’s reputation as a bank robber who was once on the FBI’s most wanted list.

Related: Sacrifice: The forgotten victims of the Las Vegas massacre had lives, Oct. 16, 2017

He was similar to other active shooters the FBI has studied – motivated by a complex merging of development issues, stress and interpersonal relationships, the report said.

His “decision to murder people while they were being entertained was consistent with his personality,” the report said.

“This report comes as close to understanding the why as we’re ever going to get,” Rouse said.

Las Vegas police closed their investigation into the shooting in August 2018.

Police characterized Paddock as a loner with no religious or political affiliations who began stockpiling weapons about a year before the attack, according to a report by The Associated Press. He spent more than $1.5 million in the two years before the shooting and distanced himself from his girlfriend and family.

Paddock sent his girlfriend, Marilou Danley, to visit her family in the Philippines two weeks before the attack and wired her $150,000 while she was there. Danley, a former casino worker in Reno, returned to the U.S. after the shooting and told authorities that Paddock had complained that he was sick and that doctors told him he had a “chemical imbalance” and could not cure him.

Danley, who is Catholic, told investigators that Paddock often told her, “Your God doesn’t love me.”

A Reno car salesman told police that in the months before the shooting Paddock told him he was depressed and had relationship troubles. Paddock’s doctor offered him antidepressants, but told investigators that Paddock would only accept a prescription for anxiety medication.