“Riddled with massive errors and provable fraud” is how a group describes the hand-count audit last year in Fulton County, Georgia upon completing an independent, in-depth analysis of the ballot images.

Voters Organized for Trusted Election Results in Georgia (Voter GA) was able to examine the ballots after obtaining a court order. The analysis revealed that 60 percent of the 1,539 batch files examined contained votes that were incorrectly reported in the county’s official election result, compared with audit totals, Voter GA stated. 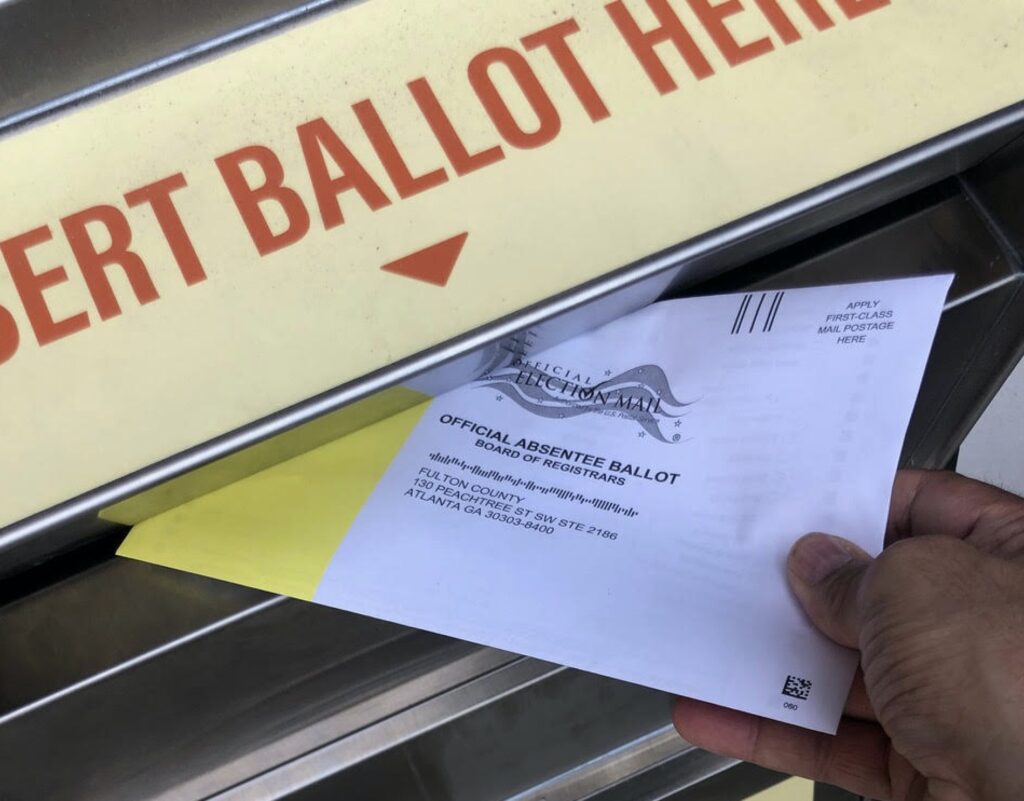 Seven audit tally sheets were found to have been falsified and contain fabricated vote totals, the group said. One example of such falsification showed a discrepancy of 41.5 percent in favor of Joe Biden. A batch of 101 ballot images was recorded as 100 votes for Biden and zero for President Donald Trump. Examination showed that in reality only 59 of the votes were for Biden and 42 were for Trump.

At least 36 batches of mail-in ballots containing 4,255 votes were added redundantly to the audit results, according to the group. Of these, nearly 3,400 were votes for Biden. The redundancy thereby at least doubled an 80 percent advantage for the Democrat.

“We believe that there [are] massive audit errors,” the group’s founder, Garland Favorito, told reporters during a press conference on July 13.

In May, the group secured their win before Judge Brian Amero, who ordered Fulton County to allow Voter GA to inspect scanned images of 147,000 mail-in ballots. That makes the audit one of the largest independent reviews of the 2020 election to be performed.

In a state where Biden claimed victory based on less than 12,000 votes out of more than 4.9 million cast, findings with such extraordinary rates of error may prove significant.

Favorito and other poll watchers and workers petitioned the court in late 2020, as eye witnesses to the alleged fraud. Receipt of the images came as part of their court case requesting clearance to inspect all mail-in ballots cast in the county during the 2020 election.

Georgia officials knew about the discrepancies “for a long, long time,” said Favorito, who also accused them of having “covered it up.”

Trump responded on July 14 to the report, saying in a statement: “The news coming out of Georgia is beyond incredible. The hand recount in Fulton County was a total fraud! They stuffed the ballot box — and got caught. We will lose our Country if this is allowed to stand.”

Biden dismissed the findings, saying “no other election has ever been held under such scrutiny and such high standards.”

Response by Georgia officials to the findings has been limited. Georgia Secretary of State Brad Raffensperger’s office referred inquiries to Fulton County. In an email to The Epoch Times, a Fulton County spokeswoman stated the county “did not wish to respond,” as it relates “to a matter that is the subject of pending litigation.”

Raffensperger’s office has long claimed no widespread fraud occurred in the state during the election.

Rep. Jody Hice, who is challenging Raffensperger in the Republican secretary of state primary, called on him to resign.