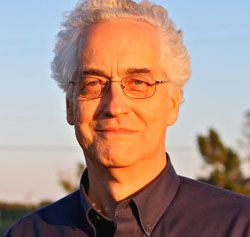 Robert Morton is Editor and Publisher of WorldTribune.com.

While a Media Fellow at the Hoover Institution at Stanford University in 1998, he and other members of the editorial board decided to launch World Tribune.com. Backed by the affiliated subscription newsletter, Geostrategy-Direct.com, WorldTribune.com has emerged as a leading online destination for geopolitical and international security news coverage.

He is also President of Free Press Foundation.

Throughout his career as a newspaper journalist, Mr. Morton has maintained an active interest in world news and alternative media platforms.

In 2015-2016 he developed and edited the ‘Examiner Today’ early morning e-letter at the Washington Examiner. As Associate Editor at Newmax Media, Inc., he edited the Langley Intelligence Network Group service.  He was Editor of The Washington Times National Weekly Edition from its inception in 1994 until Jan. 4, 2013. In 2011, he was named Corporate Editor at The Washington Times for Times247.com, which won the 2012 Editor&Publisher EPPY award for best home page.

A former correspondent based in Tokyo during the late 1970s, Mr. Morton also reported from South Korea, China, Israel, Iran, Jordan and Thailand. He was Editor in Chief of the New York City Tribune from 1983 until 1991. He holds a Masters degree in Journalism from the University of Texas at Austin.