Saying their party has moved so far to the Left that they “no longer recognize it,” six Democrat mayors in Minnesota have endorsed President Donald Trump’s re-election bid. 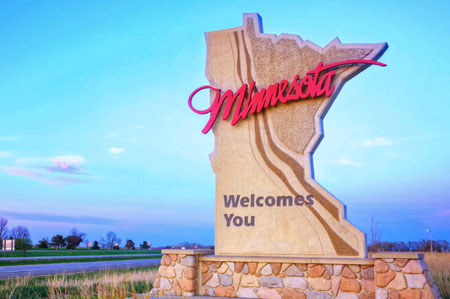 In their letter endorsing Trump, the mayors mainly highlighted economic issues as being the primary driver the endorsement, but it also noted that the party has gone “so far to the left” that they no longer “recognize” it, and that the party “left” them.

“Like many in our region, we have voted for Democrats over many decades,” the letter said. “We have watched as our constituents’ jobs left not only the Iron Range, but our country. By putting tariffs on our products and supporting bad trade deals, politicians like Joe Biden did nothing to help the working class. We lost thousands of jobs, and generations of young people have left the Iron Range in order to provide for their families with good paying jobs elsewhere. Today, we don’t recognize the Democratic Party. It has been moved so far to the left it can no longer claim to be advocates of the working class. The hard-working Minnesotans that built their lives and supported their families here on the Range have been abandoned by radical Democrats. We didn’t choose to leave the Democratic Party, the party left us.”

“Yet, four years ago, something wonderful happened. Donald J. Trump was elected President of the United States, and he stood up to China, implemented tax cuts and fought for the working class,” the letter continued. “Now, four years later, the Iron Range is roaring back to life and for the first time in a very long time, locals are hopeful because of this President’s policies and willingness to fight for us.”

“Lifelong politicians like Joe Biden are out of touch with the working class, out of touch with what the country needs, and out of touch with those of us here on the Iron Range and in small towns like ours across our nation,” the letter concluded. “In this election, there is a lot at stake, but the biggest risk is our jobs, our economy, and our way of life. President Trump delivered the best economy in our nation’s history, and President Trump will deliver for us again. He will continue to fight for every American regardless of party affiliation and continue to stand up for the working class.”