Defund the police? No, say 81 percent of black Americans in Gallup poll

While the Marxist Black Lives Matter movement, and a slew of wealthy celebrities and sports stars who live in well-guarded mansions, continue to push for the defunding of American police departments, the overwhelming majority of black Americans who BLM and the celebrities presume to speak for do not want police defunded or abolished, a new survey found. 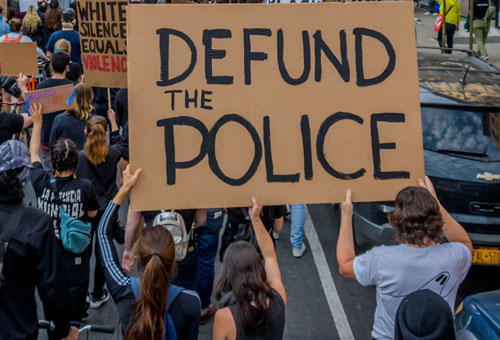 “This is similar to the 67 percent of all U.S. adults preferring the status quo, including 71 percent of white Americans,” said the poll’s analysis.

The survey, conducted from June 23-July 6, found that 45 percent of blacks who reported a negative interaction with the police favor less of a police presence, but 55 percent of that same group of respondents still wanted police to spend the same or more time in their areas.

“Most black Americans want the police to spend at least as much time in their area as they currently do, indicating that they value the need for the service that police provide,” said Gallup. “However, that exposure comes with more trepidation for black than white or Hispanic Americans about what they might experience in a police encounter.”

A Gallup poll released July 22 found 88 percent of black Americans agreed that “major changes are needed to make policing better,” more than any other racial group, but just 22 percent favored abolishing police departments, as the Minneapolis City Council has voted to do.