Decapitation? Assassination? Over in Pyongyang, Kim Jong-Un isn’t hung up on semantics

People who split hairs over semantics ask if decapitation is the same as assassination. The debate assumes relevance in the wake of the killing of the Iranian General Qassem Soleimani. No, he wasn’t exactly decapitated, meaning his head wasn’t literally cut off from the rest of his body though probably not much was left of either after the vehicle in which he was riding from Baghdad airport was struck by a missile fired by a U.S. drone. Was he, however, assassinated or simply a casualty of a war in which thousands have died? 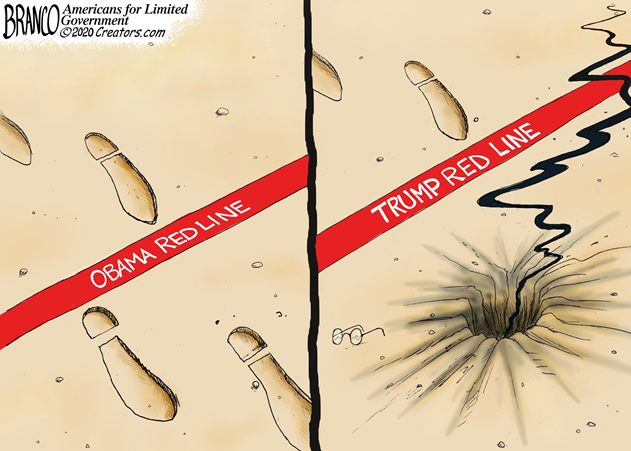 Those who think President Donald Trump ordered a wanton act of murder by having Soleimani killed would say the guy was assassinated. Like a gunman brandishing a rifle or pistol, the man at the controls of the drone, sitting in a plain metallic air-conditioned structure in the Nevada desert, pressed the button that fired the missile that killed the man in the vehicle that was moving like a black ant on a computer screen. Others also died, notably Abu Mahdi al-Muhandis, deputy commander of the militias that Iran is spurring on inside Iraq, but Soleimani was the one that Trump wanted. The killing of his sidekick was a bonus.

The decapitation word comes into play since U.S. forces, in the era before Trump abruptly cancelled joint war games with South Koreans after his Singapore summit with Kim Jong-un in June 2018, loved to conduct exercises called “decapitation.” The deal was that small tightly-focused units, maybe army special forces or navy SEALS, backed up by fighter jets and observation planes off aircraft carriers, would coordinate on getting the North Korean leader. No, the script didn’t call for them to seize him, then decide whether to lop off his head. Rather, they’d practice wiping the target off the map, out of existence, caput, the moment they saw him.

U.S. military people carefully refrained from the somewhat odious term, assassination. Somehow the word didn’t sound right. U.S. troops don’t assassinate people, do they, that wouldn’t be honorable. Then someone decided “decapitation,” a carefully rehearsed, finely tuned strike to kill the enemy leader, was respectable. At stake was image. It wouldn’t look good for U.S. forces to do an assassination. Better to call it decapitation, cutting off the head of a poisonous snake.

Up in Pyongyang, Kim and his advisers may not see much difference between these two five-syllable, rhyming words. To them what counts is the simplicity with which the U.S. pulled off a strike like that, swooping down to hit the target minutes after it became visible to the eyes in the skies, the satellites, the scopes on the drones, all done stealthily, invisibly, so the victim had not a moment to jump for cover, to fire back.

No one could be more attuned to the danger than Kim, who’s exposed in the open when he goes about inspecting an army base here, a chemical plant there, a missile launch facility when he wants to publicize himself pressing the button on a test. All that may be fun, but it’s gotta be scary knowing he could be wiped out by a drone like the one that got Soleimani. It may be for that reason that North Korea’s state media has been circumspect about commenting on Soleimani’s death.

Sure, North Korea supports Iran with thousands of advisers, exchanging the secrets of missile and nuclear technology and exporting short- and mid-range missiles. The two are de facto allies, tightly bound in common cause against their enemy, the U.S. Just because the enemy of my enemy is my friend, however, does not mean Kim wants to rush to his friend’s defense, even rhetorically. His people must never know how easy it was for the U.S. to snuff someone.

That realization has to have a certain impact on Kim’s nuclear dream, the vision of his country as the world’s ninth nuclear-armed power. What good are my nukes, he might be asking himself, against drone strikes that could kill me any time? And how much can I count on the friendship that I so eagerly forged with Trump in our three meetings when there’s no telling when or how he’ll strike next? As a potential target, Kim is probably not asking which is preferable, assassination or decapitation.

Donald Kirk has been covering war and peace in Asia for decades.