Crisis: And SCIENCE became flesh and dwelt among us; But then SCIENCE lied . . . 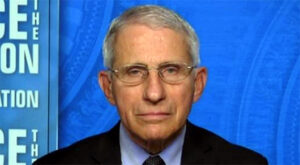 The nation’s capital was rocked this morning after a new report by Project Veritas revealed that Dr. Fauci, who is the living embodiment of SCIENCE itself, may have lied under oath about engineering deadly coronaviruses in a Wuhan lab.

“This is devastating,” said Neil deGrasse Tyson, one of the venerable high-priests of SCIENCE. “I have never known SCIENCE to lie to me. It’s always true, whether or not you believe in it. To think that Dr. Fauci — who is SCIENCE incarnated in flesh — could perjure himself is very disturbing.”

Some unbelieving critics have suggested that maybe Fauci isn’t really SCIENCE itself, but instead a corrupt bureaucrat with human flaws and imperfections and a tendency to lie to protect himself. Officials from the NIH have condemned these critics as heretics who deserve to be condemned to eternal punishment by SCIENCE for all eternity. . .

Crisis: And SCIENCE became flesh and dwelt among us; But then SCIENCE lied . . .

Crisis: And SCIENCE became flesh and dwelt among us; But then SCIENCE lied . . . added by Editor One on January 12, 2022
View all posts by Editor One →