Could mail-in ballots delegitimize an election? Yes, said the NY Times in 2012

“Voting by mail is now common enough and problematic enough that election experts say there have been multiple elections in which no one can say with confidence which candidate was the deserved winner.” 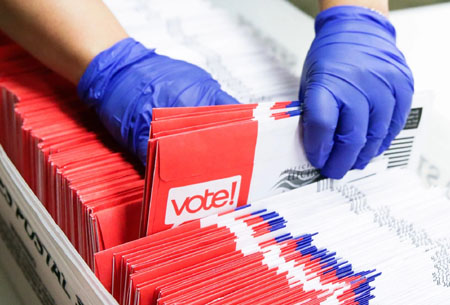 Or maybe just another “right-wing” conspiracy theory aimed at delegitimizing the 2020 election?

No, as Wall Street Journal columnist Gerard Baker pointed out on Sept. 14, that quote came from a New York Times front page article published just before the 2012 presidential election.

“The Times cast grave doubt on the reliability of widespread mail-in voting, noting it was much more vulnerable to fraud than conventional voting,” Baker noted.

The Oct. 6, 2012 New York Times article, headlined “Error and Fraud at Issue as Absentee Voting Rises”, stated: “While fraud in voting by mail is far less common than innocent errors, it is vastly more prevalent than . . . in-person voting fraud.”

Last month, the Times ran a headline that said: “Trump Is Pushing a False Argument on Vote-by-Mail Fraud”.

The Journal’s Baker noted: “It’s possible, I suppose, that all that fraud the paper worried about has just disappeared in eight years. But the real clue as to why the Times — along with virtually the entire media — now says claims about mail-in fraud are false comes further down in that October 2012 news item.”

The Times article from Oct. 6, 2012 stated: “Republicans are in fact more likely than Democrats to vote absentee. In the 2008 general election in Florida, 47 percent of absentee voters were Republicans and 36 percent were Democrats.”

There you have it.

“When voting by mail seemed to be a Republican thing it was: Fraud! Manipulation! Now that Democrats are expected to vote this way in much greater numbers, it’s all: Nothing to see here,” Baker noted.

Baker added: “Liberals in the media and the political establishment used to poke fun at conservatives who supposedly ignored evidence, data and facts on things like climate change. But we all knew the media simply chose the facts that suited its own narrative and picked another set when they were no longer convenient.”