Sol W. Sanders While the Obama Administration has been busy lining the pockets of its campaign contributors with solar power handouts, an energy revolution is taking place even the Washington Luddites and GOSplanners can’t buck. American technology, borrowing offshore deep-water drilling techniques, has started exploiting huge deposits of natural gas buried deep in the earth […]

In the end, Hitler destroyed the very brain that destroyed a culture of genius

By Lev Navrozov My column of Sept. 30, (“Hitler’s Tyranny Must Never Be Forgotten”) evoked an interest which prompts me to write a more analytic study of Hitler and his totalitarian rule of Germany in 1933 to 1945, when after his debacle in Russia, he committed suicide. Before its totalitarian period, Germany had probably been […]

Central Committee convenes in Beijing not to discuss politics or the economy, but ‘socialist culture’

By Editor One on October 18, 2011   China, Latest From Geostrategy-Direct, Life

Special to WorldTribune.com East-Asia-Intel.com, Oct. 12, 20011 Inside China, by Willy Lam Nobody takes culture so seriously as the Communists, especially the Chinese Communist Party (CCP). Chairman Mao Zedong’s Cultural Revolution in 1966 to 1976 — in which millions of Chinese perished — was waged in the name of “purifying and improving” Chinese civilization. Beginning […]

By Sumantra Maitra, FreePressers.com Almost twenty years back, when the Soviet and East European states crumbled, who would have thought that socialism would make such a comeback? Here are a few ground truths about the Occupy Wall Street movement and the various spinoffs it has started.   They are not democratic: No surprise there, really. […]

Not backing down: Buchanan’s warning to America

By Jeffrey Kuhner Is America in its twilight years? Patrick J. Buchanan argues it is. Americans, especially conservatives, should heed his warnings. The very future of our republic is at stake. Mr. Buchanan has written the political book of the year — and maybe of our time. In “Suicide of a Superpower” (Thomas Dunne Books, […]

By John Metzler PARIS — The albatross of the debt crisis continues to dominate headlines throughout the European Union and indeed the United States. While whopping budget deficits and massive social service obligations serve as a millstone to European economic recovery, many economists are nervously looking to the long term stability of the Euro currency […]

A modest proposal: Advocates of freedom must speak up or die 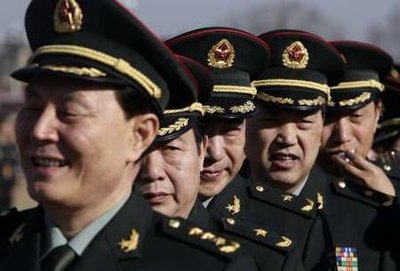 By Lev Navrozov How did I learn British English in Russia? When I was a child, German was taught in Soviet schools. But I asked my parents to invite a private teacher of English — an English lady who made her living by teaching English. As I grew up, I continued to be an “Englishman […]