The border crossing from Venezuela to Brazil has been ordered closed by a Brazilian judge. 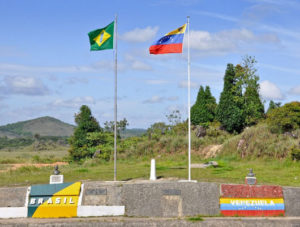 Federal judge Helder Barreto on Aug. 5 ordered the border closed until the frontier state of Roraima can create “humanitarian” conditions to receive the massive influx of those fleeing Venezuela, Reuters reported.

The border remained open on Aug. 6 pending an appeal by Brazil’s government. Hundreds of Venezuelans continued to walk across into Brazil, the report said, citing a border official.

“Over the last three years, tens of thousands of Venezuelans have arrived in Roraima, overwhelming social services and causing a humanitarian crisis with families sleeping in the streets amid rising crime and prostitution,” the Reuters report said.

Judge Barreto ordered the suspension of the entry of Venezuelans into Roraima “until the state can reach an equilibrium between the arrival of migrants and their exit to other parts of Brazil,” the report said.

The judge also suspended a provision that would allow the deportation or expulsion of Venezuelan immigrants who committed illegal acts and ordered the vaccination of those admitted to Brazil.

Suddenly, the esteemed Dr. Fauci is on the grill over origins of Covid
Read more