BLM rioters beat raccoon to death: ‘Only white peoples worry about this’ 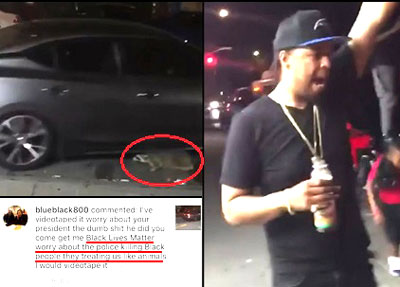 The incident took place in New York City as onlookers watched and cheered, according to social media posts of the incident and a report by the Gateway Pundit.

Some in the BLM mob reportedly ran over the raccoon twice before beating it to death with a baseball bat and posting it online.

When someone on social media objected, a BLM supporter responded “Worry about the police killing Black people, you’re worried about an animal, crazy”.

Another said: “Only white peoples worry about this.”

The Gateway Pundit noted that animal rights activists are reportedly trying to identify the people in the video who participated in killing the raccoon, adding that the person who filmed the act of animal cruelty and uploaded it to Facebook has now deleted his Instagram and Facebook accounts.

That person attempted to justify the animal cruelty by saying that “Black Lives Matter” and people should “worry about the police killing Black people” and “treating us like animals.”