President Obama has been caught in a web of deception — one that threatens to ensnarl his re-election bid. Multiple e-mails and diplomatic cables reveal that the administration deliberately deceived the public. Libyagate now haunts Mr. Obama, relentlessly eroding his credibility and trustworthiness. It is a stake aimed at the heart of his presidency.

For nearly two weeks, the Obama team claimed that the attack on the U.S. compound in Benghazi resulted from “spontaneous protests” due to an anti-Muslim video. This was false — and Mr. Obama knew it. Several senior State Department officials testified at congressional hearings that there were no protests on Sept. 11, 2012. In fact, our diplomatic mission had been quiet all day. Moreover, the State Department was monitoring the compound in real time. On video, State Department officials witnessed scores of armed men breach the consulate and begin shooting at our diplomats. The officials’ obvious conclusion: It was a terrorist assault. Within 24 hours, the CIA’s station chief in Libya also reported jihadists had perpetrated the attack. 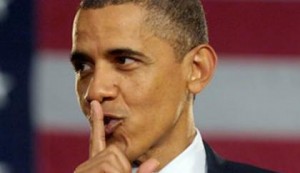 The latest evidence, however, is a bombshell: Two hours after the assault began the State Department sent an e-mail to numerous agencies — including the White House Situation Room — that Ansar al-Sharia, a terror group affiliated with Al Qaida, had claimed responsibility. The e-mail went directly to the White House’s Executive Office — the president’s inner circle. In other words, from nearly the beginning Mr. Obama knew that Benghazi was a terrorist atrocity. Yet, he insisted on blaming a phantom protest and an obscure YouTube video. He misled the public in a desperate attempt to cover-up his administration’s colossal failure.

Why? The answer is cynical politics. One of Mr. Obama’s central campaign narratives is that he killed Osama bin Laden and badly degraded Al Qaida. The Benghazi attack, however, directly contradicts the administration’s position. Rather than being in retreat, Al Qaida is on the rise. Pakistan, Afghanistan, Yemen, Somalia, Mali, Iraq and Libya — the Islamic fascist network has been expanding its safe havens and jihadist activity in every one of these nations.

In particular, Libya has been transformed into a failed Islamist state. Contrary to media spin, Mr. Obama’s military intervention in Libya has been a disaster. Jihadists roam the countryside, targeting minorities and seeking to impose Sharia law. Over 20,000 weapons formerly controlled by late strongman Moammar Gadhafi were stolen by Al Qaida militants. The country’s eastern provinces are nearly in open revolt, fueled by a Muslim insurgency. In fact, the Benghazi attack occurred for one primary reason: Mr. Obama’s war has made Libya safe for radical Islam. Hence, the president feared that the truth about his Libyan intervention would come out. The result is that Ambassador Christopher Stevens was murdered, along with 3 other U.S. diplomatic personnel. Mr. Obama has American blood on his hands.

The September 11 terror plot was not the first one. The administration engaged in willful blindness to the Islamist reality in Benghazi. Our consulate had been attacked in April and June. Britain withdrew its diplomatic mission due to the surging violence; the Red Cross shut down its operations as well. Moreover, American officials repeatedly asked for enhanced security at the compound. The requests were denied. In his diary and several cables, Stevens complained about the growing jihadist violence that threatened his staff. To no end: They were sacrificed on the altar of Mr. Obama’s multilateral interventionism and political ambitions.

The real tragedy is that perhaps the dead Americans could have been saved. The attack lasted over six hours. A U.S. drone was directly over the compound, processing information and conducting surveillance. American fighter jets and AC-130 gunships were less than 450-miles away. A massive, rapid response should have been ordered to defend the consulate. Instead, Mr. Obama did nothing. The reason: He did not want to violate Libyan “sovereignty” without the “permission” of the government in Tripoli. He abandoned our personnel to be butchered — like sheep — by rampaging Islamists.

The Benghazi atrocity was not simply an assault on Americans. It was an act of war against America itself. Embassies and consulates are sovereign territory — or at least, they’re supposed to be. When jihadists breached our compound, it was the equivalent of storming a government building in Washington, Boston or New York. They were invading American soil, shedding American blood on behalf of a holy war against the West. Mr. Obama knew it was terrorism. Yet, he refused to order a military response. He systematically perpetrated a cover-up and a manipulation campaign. For this alone he deserves to be defeated in November. He is unfit to be our president.

Jeffrey T. Kuhner is a columnist at The Washington Times and host of “The Kuhner Report” on WRKO AM-680 (www.wrko.com) in Boston.