Republican state Rep. Mark Finchem and a GOP hopeful for governor Kari Lake are asking a judge to stop the use of voting machines in Arizona. 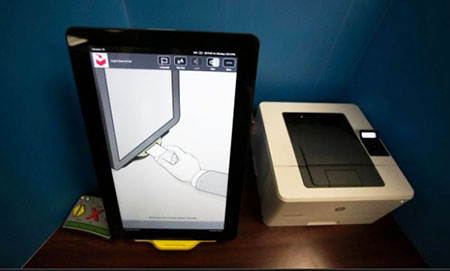 Attorneys representing the GOP candidates filed a motion for a preliminary injunction in an existing federal court case to prevent the use of “unsecure black box electronic voting machines” in the state.

“We filed a motion for a preliminary injunction to prohibit the use of these unsecure black box voting machines while the case is pending,” Finchem said in a statement issued on Thursday. “For this, the law requires us to show that (1) we are likely to succeed on the merits, (2) we will likely suffer irreparable harm if these machines are used, (3) that the balance of equities tips in our favor, and (4) that an injunction is in the public interest. The motion for a preliminary injunction includes evidence and sworn declarations from five top former military and civilian cyber and cyber-security experts.”

Finchem said the reliability of the machines is questionable because their software is not available for the public to see.

“It’s a reasonable question to ask the defendants whether they know how these electronic machines actually work,” Finchem said. “They are a black box – and the voting machine companies refuse to make their systems and software open to the public. Why would anyone trust them?”

The defendants in the case include Arizona Secretary of State Kate Hobbs, as well as members of the Board of Supervisors for Maricopa and Pima Counties in their official capacities.

The defendants on Tuesday filed a motion to dismiss the case.