Why some insiders think missing plane landed in Pakistan

As the search for Malaysian Airlines Flight 370 drags on without a trace of wreckage at sea, the likelihood of foul play looms larger. One country keeps rising to the top of the list of suspects: Pakistan. 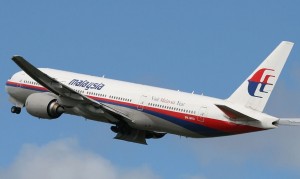 Ten days after the flight vanished, LIGNET learned that engineers at Boeing, the plane’s manufacturer, believed the missing aircraft was on the ground in Pakistan. For several reasons, including Al Qaida’s presence there, historical attack patterns, corruption, weakness and terrorist sympathies at the highest levels inside Pakistan, that hunch may be right.

The absence of wreckage suggests a planned diversion, the kidnapping of 230 passengers and obvious ill intent. If Flight 370 has indeed fallen into the hands of Al Qaida, U.S. intelligence and law enforcement potentially are engaged in a race against time to find the aircraft before it is used in a terror attack to rival 9/11.

Don’t Miss out on World Tribune