An Israeli government report said the PA was providing grants and salaries to current and former Palestinian inmates of Israeli prisons. The report said salaries reach nearly $3,500 a month with grants of up to $50,000. 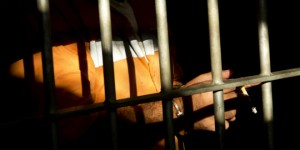 “In this way the PA is giving a strong financial incentive to terrorism,
including through the misuse of fungible foreign financial assistance,” the
report, titled “How the Palestinian Authority Funds Terrorists,” said.
“Publically rewarding convicted murderers gives an official stamp of
approval to terrorist attacks on Israeli civilians. It is a highly
persuasive form of incitement to
violence and terrorism.”

The report, dated June 25, said the PA was providing thousands of dollars per month to 78 convicted murderers released by Israel. The government said the PA funds could encourage attacks on Israeli civilians as a means to resolve financial difficulties.

In 2010, the PA set a minimum salary of some $400 per month for
Palestinian insurgents in Israeli prisons. The report, quoting the PA media,
said the salary increased to $3,500 depending on the length of the jail
term.

“This means in effect that the terrorists who carried out the most
horrific attacks receive the highest salaries,” the report said.

The salaries for the Palestinian insurgents usually exceed that of the
average monthly salary in the PA areas of the West Bank, reported at $641.
The report said Palestinians sentenced to long terms were also given a
stipend of $2,000 for every year in an Israeli jail. Palestinians were also
given promotions in military rank or civil service for time spent in prison.

“For example, those who served at least 25 years in prison are awarded
the equivalent rank of major general in the security forces or of a deputy
minister in the PA, both of which earn monthly wages of nearly $4,000,” the
report said. “Terrorists who were incarcerated between 15-25 years receive
over $2,800 every month.”

The PA was said to have paid more than $75 million to Palestinian
inmates in Israeli prisons and another $78 million to the families of dead
insurgents, including suicide bombers. The report said this marked more than
16 percent of the annual foreign aid to the PA. About 25 percent of the PA
budget was based on foreign assistance, much of which came from the United
States.

“The Palestinians themselves have admitted that the payments to the
terrorists are salaries,” the report said.