Last night, Oct. 28, as I was watching Fox News Sunday Full Coverage, an image of Obama delivering a message flashed on the screen for a mere second. The image was gone as soon as it came on, but it was enough for me to catch it: “I run not on what I have done but on what I will do” (given the next 4 years? — LN).

It is customary for every big business company to evaluate the performance of its employees by the end of the year: those who did well for the company get promoted and get raises, and those who underperformed get fired.

So, I thought, what had American voters paid for to Obama during the past 4 years? Now is the time to evaluate his performance, to see if he has lived by his promises and done any good for the country. 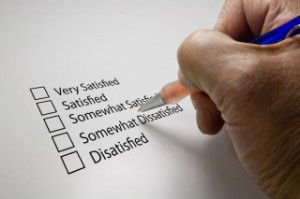 Pledged Barack Obama in 2008 (“Going Forward.”): “There’s new energy to harness, new jobs to be created, new schools to build, and threats to meet, alliances to repair. But, America, I have never been more hopeful than I am tonight that we will get there. I promise you, we as a people will get there” (Pro President Obama Blog).

That was 4 years ago. Let’s see if he has kept his optimistic promises: The price of gas is skyrocketing, millions of jobs are gone, unemployment is over 8 percent, international debt rose to 16 trillion dollars, and American children have not made it to the top of the list in math and sciences.

Obama said that improving education ranks No.1 on the list of his priorities. He also said he “loves teachers.” And what exactly did he mean by that? As in every profession, there are those armed with college teaching degrees but absolutely incapable or disinterested in passing their knowledge to children, and there are those wise, brilliant teachers we remember for life. Has Obama practically done anything to encourage and reward talented teachers who exhibit special talent and excellence in educating our children? No, I think not.

All this did not prevent Obama during the presidential debates from arrogantly bragging about his (alleged) achievements. Just listen to what he said: jobs are coming back, women are happy, there is no foreign debt; we are having great teachers, our country is thriving, there are no millions of people on food stamps, and thanks to his foreign policy, the world (even Libya?) is friendly to America!

Reality is just what Obama says it is. Listen to what he says, not what he does. Will American voters again fall into his trap?

American economy is in a shambles, and the recent events in Libya have been Obama’s culmination point in his criminal inability to defend the country. The attack on American property, murder of the American ambassador Chris Stevens and three other Americans in Benghazi killed in the line of duty have been an act of war, which Obama and his Administration are trying to keep under wraps by concealing the truth, distorting the facts, and shamelessly lying to the American public.

I hold Obama responsible for his incompetence and his treacherous inability to handle American foreign policy. Can you imagine our future if Obama has his way and gets elected for the second term? Putin’s school of employing Marxist socialist methods is Obama’s motto — strike to kill!

Was it not intentional (and criminal) on Obama’s part to have been visiting England when a group of Chinese military generals was allowed to inspect secret American military bases never before accessible to an outsider? He later used his being away as an excuse, that had he known about it that would never have happened! A lawyer, he does not even know that ignorance is never an excuse! And I smell a rat: Obama was playing his dirty game on purpose — his plan was to let the Chinese examine the secret recesses of American military technology.

During the last presidential debate, Obama accused Mitt Romney of treating Putin’s Russia as an American enemy. I did not say that, retorted Romney, I just do not want to look to Russia through rose glasses.

Remember when Obama was caught on a hot microphone telling outgoing Russian President Dimitry Medvedev that if “given space,” he will “have more flexibility” regarding Russia’s missile defense program. Said Obama: “This is going to be my last election. After my election I will have more flexibility.” Medvedev said he would transmit the information to Vladimir Putin (the former KGB spymaster). Putin’s response was not long in waiting. In one of the interviews to a Russian newspaper, Putin said that he likes Obama, that he considers him an honest and trusted man he would like to be friends with.

Here is more on how well Obama handles foreign policy. The fact we know nothing about, but something that has been said all over Russian press: Dimitry Medvedev delivered Putin’s letter to Obama during the G-8 Summit in Camp David on May 20, 2012. Said Medvedev: “I delivered him (Obama) a letter from Vladimir Vladimirovich Putin, in which we stipulate our position with respect to our mutual relations” and “Our two great nations have common problems, which we will solve together on a mutual basis.” (utro.ru/articles/2012/05/20).

And, in passing, Russian soldiers will be training in the United States, with the U.S. military forces (not without Obama’s blessing!).

Men and women of this great nation! Do not let Obama destroy it. There is one week left before the election. My only hope for this nation to survive and recapture its former greatness is to fire Obama from his present job for his inept economic policies and his treasonous foreign policy — let us send him to join the ranks of those unemployed Americans who lost their jobs through his treacherous incompetence in handling American economy. Let us give our votes to Mitt Romney — a wise man and successful businessman, who knows how to put this country back on track!