WASHINGTON — The United States was said to have detected Islamic State of Iraq and Levant at the border with Mexico.
A watchdog group said the U.S. government determined an attempted infiltration by ISIL in October 2014. Judicial Watch cited federal and state authorities that reported the capture of several suspected ISIL fighters. 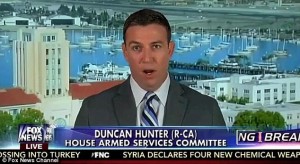 “Islamic terrorists have entered the United States through the Mexican border and Homeland Security sources tell Judicial Watch that four have been apprehended in the last 36 hours by federal authorities and the Texas Department of Public Safety in McAllen and Pharr,” Judicial Watch said.
The statement on Oct. 8 came in wake of an assertion by Rep. Duncan Hunter that at least 10 ISIL fighters were captured at the U.S. border with Mexico. Duncan said he was told of the arrests by the U.S. Customs and Border Protection.
“The only way that ISIS [ISIL] is going to harm Americans is by coming in through the southern border — which they already have,” Duncan said.
In late August 2014, Judicial Watch warned that Islamic insurgents along the Mexican border were planning to attack the United States with car bombs.
The watchdog cited a senior official as saying that ISIL and Al Qaida were planning the strikes, including an army base in Texas.
The administration of President Barack Obama has dismissed any ISIL threat. The Homeland Security Department denied any arrest of ISIL or other Islamic insurgents along the border with Mexico.
“In September the public heard a claim that four individuals with suspected ties to terrorism in the Middle East had attempted to cross our southern border;” Homeland Security Secretary Jeh Johnson said on Oct. 9.
“Far fewer know that, in fact, these four individuals were arrested, their supposed link to terrorism was thoroughly investigated and checked, and in the end amounted to a claim by the individuals themselves that they were members of the Kurdish Worker’s Party — an organization that is actually fighting against ISIL and defended Kurdish territory in Iraq.”