Sheikh Saleh Bin Fawzan Al-Fazwan is adamant about Saudis not behaving “like Westerners.” Thus, the senior cleric has banned the taking of selfies with kitties. 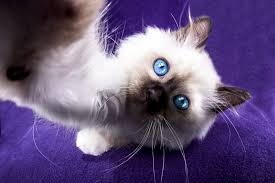 Al-Fazwan issued the order after being told during a television broadcast of a new trend in the kingdom of people posing for pictures with their pets.

“What?! What do you mean pictures with cats? Taking pictures is prohibited. The cats don’t matter here,” Al-Fazwan said.

Earlier this year, the Saudi Council of Senior Scholars, of which Al-Fazwan is a member, determined that chess was forbidden for Muslims, calling it a “waste of time”.

As for photos of cats playing chess – don’t even go there.

“Taking pictures is prohibited if not for a necessity. Not with cats, not with dogs, not with wolves, not with anything,” the sheikh said.

Last month, a Saudi soccer player was ordered to have a haircut moments before the start of a game as part of the kingdom’s crackdown on players with “anti-Islamic” hairstyles.

Waleed Abdullah, a goalkeeper for Al Shabab and Saudi Arabia’s national team, was just about to join his teammates when match officials intervened. Footage shows players and club officials reacting with disbelief as the player’s small mohawk was removed with scissors.