After being essentially the only power standing up to the Chinese threat of Huawei 5G expansion, America is finally getting some much overdo solidarity from its allies.

The Trump administration has repeatedly sounded the alarm that Huawei is not to be trusted and is effectively an arm of the Chinese Communist Party (CCP), conducting espionage and spying on its behalf. 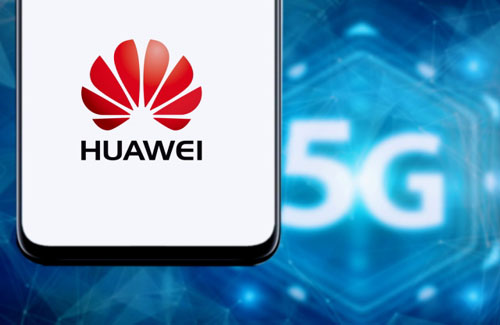 The U.S. has threatened allies who play fast and loose with their 5G security that they may alter or reduce intelligence sharing, possibly jeopardizing the “5 Eyes” security alliance.

5G will fundamentally alter the trajectory and adoption of the Internet of things; smart homes and factories; artificial intelligence; healthcare; wearable technology; autonomous vehicles; power grids; smart cities, and essentially anything that either is or will be connected to the Internet and is part of smart infrastructure.

This technology will be absolutely ubiquitous, and 5G will be the rails for it all.

As more devices come online, vulnerabilities and hacking risks grow. It should be self-evident that critical infrastructure like this should be deployed only by allied, democratic states.

However the U.S.’s message didn’t resonate with Europe. Unfortunately our allies were blinded by all this by one overwhelmingly attractive benefit that Huawei, subsidized by the CCP, has to offer: they’re cheap.

National security has played second fiddle for our allies so long as the price is right, and Huawei’s state subsidization has allowed it to pervert the pricing process. Huawei has been provided at least $100 billion of CCP support to aid its appeal in the 5G bidding process. And with nations reeling economically from the fallout of the Wuhan coronavirus, cost has been even more relevant than normal.

Finally, our allies are waking up. And it’s in large part being acted upon due China’s handling of the Wuhan virus and its abuse of Hong Kong. Not the best reasons, but finally the right conclusion.

The United Kingdom is reversing its embrace of Huawei, abruptly deciding to ban Huawei not only from sensitive networks like those related to nuclear technology, but outright disallowing them from any 5G networks after December 31st of this year, and requiring them to be removed from all 5G infrastructure by 2027. This is a massive victory for the U.S. and the pressure it’s been placing on the UK.

Germany and France are also reportedly re-assessing just how much access this state-sponsored entity should have into its citizenry. Nations like Singapore and Denmark are joining Poland, Japan, Australia, and Estonia in eschewing Huawei all together, in favor of a U.S.-oriented, secure approach to 5G rollout.

In fact, Canada is now the only member of the Five Eyes intelligence-sharing alliance (U.S., UK, Australia, New Zealand) that remains naive enough to have no restriction on Huawei usage. If this persists, it’s likely that Canada’s access to intelligence will suffer.

And after being given the go ahead to participate in the country’s 5G infrastructure, India has reversed course and is reportedly soon to ban both Huawei and ZTE (another Chinese company) from being able to compete for contracts. India had originally permitted Huawei to partake in the process, but simmering China/India geopolitical tensions that recently resulted in 20 Indian soldiers being killed by the PLA has caused the country to reassess.

Same with Europe changing its tune after the CCP’s handling of Hong Kong, we have the right conclusion for not entirely the right reason. Regardless, it’s good to see a more unified front opposing Beijing.

Secretary of State Mike Pompeo stated “the tide is turning against Huawei as citizens around the world are waking up to the danger of the Chinese Communist Party’s surveillance state.” We’re encouraged to see that this very much looks to be the case.