Democrats, led by Virginia Rep. Don Breyer, have proposed a 1,000 percent tax on what they consider “assault weapons,” including the AR-15. 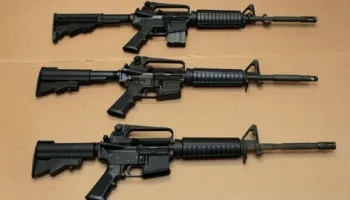 In introducing the Assault Weapons Excise Act, Breyer noted: “Right after he turned 18, the Uvalde shooter bought an AR-15 model rifle for $1,870. A week later he killed 19 children and 2 teachers. Under my legislation that gun would cost $18,700, obviously making it significantly harder to acquire.”

Breyer said the legislation would impose a 1,000 percent excise tax on the manufacturer, importer, or producer of “assault weapons” and high capacity magazines.

The legislation, he said, is designed to bypass the filibuster and win Senate passage with 50 votes.

The tax would apply to what Breyer characterized as military-style “assault weapons” and high-capacity magazines – those able to carry 10 rounds or more.

Business Insider noted of the proposed tax: “The cost of those weapons typically range between $500 and $2,000, depending on location and other variables. That means the plan would add $5,000 and $20,000 to the final price tag.”