Attorney generals from 18 states are calling on Joe Biden’s team to reverse its decision to cancel an Immigration and Customs Enforcement (ICE) operation that targeted illegal immigrants convicted of sex crimes. 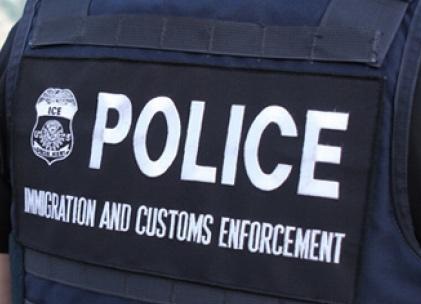 In canceling “Operation Talon”, which was put in place late in the Trump administration, Biden is all but welcoming sexual predators into the United States to carry out their heinous activity, the attorney generals said in a Feb. 18 letter to Biden.

“The cancellation of this program effectively broadcasts to the world that the United States is now a sanctuary jurisdiction for sexual predators,” Missouri Attorney General Eric Schmitt said in the letter. “This message creates a perverse incentive for foreign sexual predators to seek to enter the United States illegally and assault more victims, both in the process of unlawful migration and after they arrive.”

Mississippi Attorney General Lynn Fitch, who also signed the letter, said: “Human trafficking and rape at the border are only part of the intensifying nationwide crisis of human trafficking, commercial sexual exploitation, and forced prostitution of minors. I signed on to this letter to send a strong message. Sexual predators are not welcome in Mississippi, and they are not welcome in United States of America.”

Louisiana Attorney General Jeff Landry said: “Operation Talon, which targets convicted sex offenders who are in our country illegally, is vital to both national security and public safety in Louisiana. Canceling this effort not only emboldens sexual predators and traffickers, but it also shows the world” that Biden “tolerates and encourages the breaking of our laws.”

“We cannot allow America to become a sanctuary jurisdiction for sexual predators,” continued Landry. “The Biden administration must reverse their decision on Operation Talon immediately.”

Florida Attorney General Ashley Moody said: “We rely on the federal government to assist our local and state law enforcement and remove those that are lurking in our communities that are sexual predators and that are preying on our most vulnerable. And so, to have an administration, Joe Biden, cancel an operation that is focusing on sexual offenders in our country, as the attorney general of Florida certainly, but as a mother, it’s horrifying.”